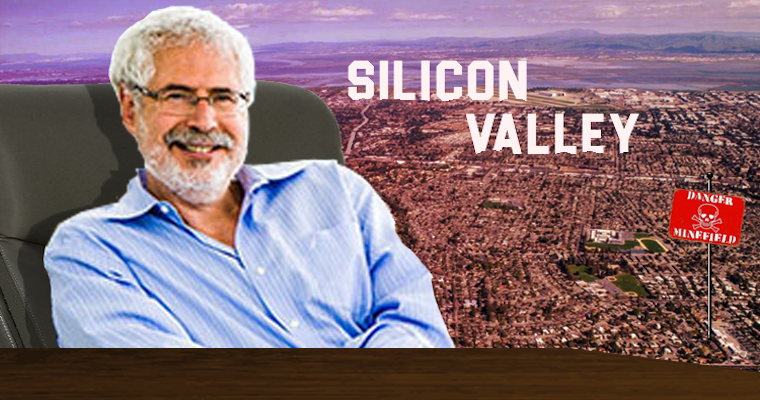 As an entrepreneur, Steve Blank was part of or co-founded eight startups. Today, he’s best known as the Father of Modern Entrepreneurship and credited with launching the Lean Startup movement, which for the first time gave startups a methodology for success.

In this edited interview with EIX's Cathy Buday, Blank discusses a very timely topic: how new entrepreneurs can be warier of the ethical minefields in the hyper-competitive startup world, how they might change the system, and how colleges and universities can prepare them for those challenges.

No Moral Compass in Capitalism

You’ve written and spoken extensively about the need for a moral compass in business. What are the moral challenges that inexperienced entrepreneurs often don’t expect?

If you look at the rules by which capitalism plays on Wall Street, you won’t see anything about a moral compass. Throughout history, there have always been people trying to game whatever the system to make the most money. And to make sure that there are no government regulations or best practices for morality – for doing what’s right rather than what’s expedient – to get in their way. And that makes it very difficult for those who do want to be ethical in their business practices. And what’s worse is, if there isn’t a level playing field, if you to try to exercise ethical business practices as a startup, you might be out of business, because you’re competing with people who say, “well why would I be ethical, it’s a competitive disadvantage?”

That is why we have laws and regulations -- because some segments of the population will always take advantage of people who are trying to live a moral and ethical life. Ever since the Progressive Era at the turn of the 20th century the role of government has been to provide adult supervision to make up for the lack of a moral compass in business. Unfortunately, the pendulum has swung the other way again.

Is there anybody you’ve met throughout your long years as an entrepreneur who ran a great company but also was honorable, moral and fair?

A Reckoning for Bad Actors?

With social media and with younger consumers increasingly concerned about social responsibility and immoral business practices, isn’t it getting to the point now where the market will punish bad actors?

No. The market has no incentive to punish bad actors because 1) today investors have convinced themselves and others that the only metric for a company is to maximize shareholder return. 2) Bad actors hire PR people who can distract or spin things into appearing in the best light. 3) Companies have successfully lobbied to remove oversight and regulation. And 4) Financial and legal penalties for enforcement for bad actors have radically diminished.

Look at Facebook and Uber and some of the stuff they’ve been caught doing. It’s done zero to their valuation and the government has looked the other way. At the same time Apple and Google beat their chests about their defense of privacy in the US but then turn around and give up all the personal data on every Chinese customer to the Chinese government, claiming it’s the cost of doing business in China. It’s actually the cost of building hypocrisy into corporate leadership. There’s something really broken when American companies won’t help their own government track terrorists in the U.S. but are willing to sell out users’ privacy around the world.

This would change overnight if a few board members and CEOs were doing a perp walk. Instead, what’s happened in the US is that we’ve returned to the Gilded Age in the 1890s when we outsourced oversight, regulation, ethics and morality to the companies themselves. The biggest surprise for me came when I served for seven years as a regulator in California, on the Coastal Commission. Here I was in my 50s and I discovered that democracy did not work like the civics lessons I learned in high school. I discovered first-hand that we live in a deep-pockets democracy that runs on lobbyists and political contributions.

Once you understand that, then the role of companies, regulation and morality in business makes a lot more sense. Yes, it’s kind of a democracy, but it’s funded by giving and getting money. Once you realize that you can make a choice: Do I want to play the system, game the system, or do I want to fix the system? But if you don’t understand the system, you’ll always be a victim of it.

I’m not a huge fan of government intervention, and certainly not in innovation, but consider that in the 1920s and 30s things like Social Security and Medicare came about after people advocated for setting a minimum bar for a safety net. The naysayers called it Socialism. Fast forward to today, voters could start advocating for what are some minimum bars for good corporate behavior in the US. There’s a lot to choose from to get started: from guidelines for selling users’ information on social media, to family leave and social justice for example.

I think the best thing we can do for students, our future startup leaders, is teach them what the world is really like -- not lie to them about how it should be -- and then allow them to apply their best judgment about morality. Teach them a set of morals and then say, “Here are some ethical dilemmas, how are you going to react?”

Can you talk in more detail about these dilemmas?

Remember Enron? Well in their board room, when they were making decisions to lie and cheat, they had ethics posters hanging on the wall. It turns out that ethics isn’t what you tell people, it’s what you do when the sh*t hits the fan.

For example, you’ve have 1,000 employees and know that if you report bad numbers this quarter, the stock is going to tank and you’re going to have to lay off 400 of them. But your CFO says, "If we just move a shipment from next week to this week or at least report that we received the revenue this week, we can save the stock and people will save their jobs." What do you do? Do you lie to save your employees' jobs?

If you’re in a public company, and you lied about revenue, you’ve just violated the law and if you got caught you’ll go to jail. And, even if you don’t get caught, the next quarter you need to make the numbers look better again, and all of a sudden, you’re lying again - it’s a death spiral.

Private companies can get away with more but when the leaders of private companies lie, cheat and steal, their employees see that’s an acceptable culture and get into the habit of that. Then when they go public, everything they were doing before is now potentially a criminal act, but the company built a culture around that. Now what do they do?

This is not a hypothetical -- it happens all the time.

The Impact of Founders

You’ve written that the power dynamic has flipped at startups, and instead of VCs it’s founders that have a lot of extraordinary power. You’ve also written about how employees at a startup go out of their way to emulate the founder, in the hours they work and even in how they dress. Can’t founders, with that new power dynamic, also try to model ethical behavior?

Of course they can. However if you’re a young founder, you tend to model your behavior on the people you used to work for or peers or role models or board members. It’s a big idea. Founders weren’t born in cabbage patches. They often worked in another company and saw behaviors they’ll emulate or maybe their investor helped them understand what is appropriate. But there really should be a founder culture-101 training class. In fact, there should be a canonical one that is a shared curriculum across universities. It would be enormously helpful to know how founders shape cultures by their actions or their on-boarding. And more importantly -- I keep going back to this, and I’ve been there -- culture and ethics don’t matter until sh*t hits the fan. For the founders and their investors. That’s when you see whether you have a true culture or not.

By the way, at Stanford Professor Tom Byers is leading just such an effort – in both the research and practices of entrepreneurial ethics.

A Role for Universities

Are there some topics in ethical business practices that you would love to see universities research?

Yes. I I’d like to see not just more research into how culture and ethics gets formed in startups but how to make it stick in practice. I don’t know how much literature there is on the practice. And more importantly, what are the best practices and how they get taught to founders? Is it by osmosis, is it board-driven, mentor-driven, peer-driven? And then what’s missing?

Was that ever tested?

Oh yeah, all the time. You are tested all the time in a startup. My experience is that the best people to teach students about these dilemmas are adjuncts who have lived this. Business schools have some of the finest entrepreneurship and innovation academics in the country. The problem is, many of them, good as they are, have never tried to make a payroll when they’re about to run out of money and they’ve got to make a set of choices. Reading a case study is one thing. But having lived it, realizing you might have to lay off 700 people the week before Christmas, is something else. Been there, done that.

My point is that “theory” is great. Now tell me how it works in practice and why we have so many ethical digressions in business? What is it? Is it that “everyone does it?” Or “we can get away with it?” Or is it greed? Or the lack of effective board oversight? Or the lack of any regulatory of legal penalties? When do the better angels, versus our darker angels, win?

The Need for Real-World Research

Other articles on EIX have focused on translational research, and on encouraging professors to do consulting because it gets them immersed in real world problems and it gives them an idea about which problems ought to be researched. One of the problems is that academics research some very obscure areas just because they haven’t been researched before. But there’s no takeaway from the research once it’s published -- nothing that the average entrepreneur or business person can actually use.

Well this brings up an interesting point. In many research universities, the drive for tenure leaves little room for doing translational anything. Getting tenure is about what academic journals you’ve been published in, and most of those publications really don’t care about how research can be applied. That’s one of the dilemmas if you’re on a tenure track. I’m just amazed at the amount of great research that is not used by practitioners. It’s not that the research is bad, in fact it’s awesome, it’s that almost no one is reading it who says, so how would we apply this?

What Stanford, Berkeley, Columbia, and other places I’ve taught have done incredibly well is encouraging adjuncts who have practical experience, certainly in these entrepreneurship and innovation departments. That’s been a great addition. But this crossover between pure academic research and adjunct experience and this translational part has just not been done at all. Maybe we need a different class of adjuncts.

COMING SOON: The conversation with Steve Blank will continue in a future article that focuses on the challenges to family life faced by startup founders.