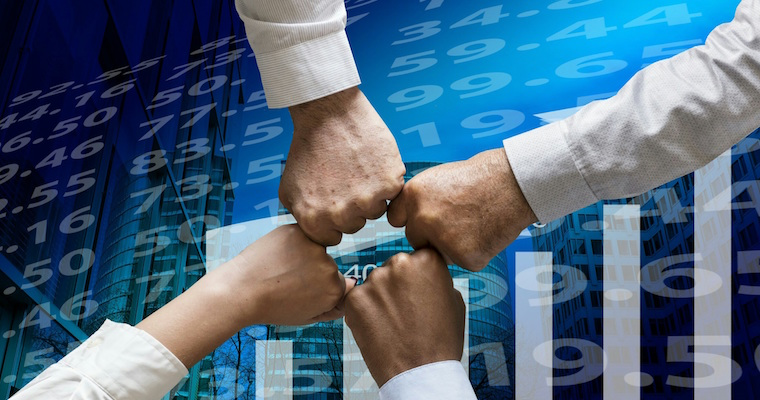 Only a small fraction of entrepreneurial start-ups go on to achieve long-lasting success. Most often, they fail not because of flawed “big ideas” but because of problems executing the big ideas. One area that is often problematic for start-ups is how the start-up team functions. In fact, it is common for a team with a very viable business idea to self-destruct because they ignored or could not figure out how to work together as an effective business unit.

In this article, we introduce the notion of the High Performance Team (HPT) – the “Holy Grail” of effective teams – and discuss the valuable and significant outcomes they generate. Based on empirical findings from research conducted on dozens of product and service development teams, we describe those essential elements that typify an HPT; discuss whether the elements are relevant to entrepreneurial start-up teams; and, if so, how to incorporate and nurture them.

It turns out the news is good. Entrepreneurial start-up teams can and should strive to adopt the elements and the practices of a high-performing team; by doing so, they improve their chances for sustained success.

One benefit of being a university professor interested in innovation is that people often seek your advice on how to develop good ideas for new products and services into start-up companies. Over the last 20 years, I’ve had more than my fair share of young, bright entrepreneurial people approach me for this kind of help. I’ve also had the good fortune to be involved in a few business incubators and start-up accelerators, and have mentored many entrepreneurs as a result. I’ve seen some successes, but more often I see great efforts that lead to less-than-stellar commercial success.

In thinking back on this latter group, I often find that the underlying problem is not a half-baked idea, a sketchy business model or insufficient capital to proceed in business development. Instead, what I often see is a small group of highly motivated individuals who fail to work effectively together as a team, and it is this dysfunction that brings the business down.

As an academic researcher, I’ve studied dozens of teams across North America. Most of these teams helped develop technical solutions to business problems. My research has focused on understanding which team characteristics had the greatest impact on two key success measures: customer satisfaction with the team’s performance, and the team members’ personal perceptions of their performance and their satisfaction with being part of the team [1][2].

High performance teams (or HPTs) are those rare groups that are characterized by a common purpose, a highly collaborative and cooperative identity, a set of complementary skills, a high sense of autonomy where the leadership often rotates among the team members, and an ability to deliver superior outcomes. Team members often report that working on such teams are among the most personally and professionally rewarding experiences they’ve encountered in their careers. Many say that once they’ve been on a high performing team, they would do whatever is necessary to remain on the team -- e.g., change their role on the team or even change the team’s purpose. For example, I recall one member of a high performance systems development team exclaiming, “If my manager told me I had to sweep floors in order to stay on this team, I’d do it!”

In terms of the success metrics I used in my research, here is what I typically found when it came to HPTs:

In contrast to HPTs, what I often see among entrepreneurial start-up teams is some variant of the following scenario: A bright, energetic, entrepreneurial individual has a great idea for a new business. While these individuals typically have the original vision for the product or service and how it will revolutionize the world, they often are lacking in at least a few of the following areas:

While a slight generalization, entrepreneurs tend to be “lone rangers.” If they could, they would try to do it all and remain in complete control of their start-up. However, these bright, energetic, entrepreneurial individuals are usually quick to realize that they need help, and typically seek out business partners to shore up weaknesses in their skill sets. However, given the constraints of time and funding, coupled with their aversion to relinquishing control, they tend to look for the bare minimum number of partners that are critical to bringing their vision to reality.

Consider the example of a bright, energetic entrepreneur, armed only with a good idea for a new software “app,” who wants to start a company. He or she would typically look for a software person to do the coding and perhaps a financial person to secure funding. The entrepreneur’s search for these partners would be based primarily on the most obvious skill sets needed: build the product and get money. Seldom do entrepreneurs take the time to do a complete “skills needed” inventory or figure out whether their potential partners will be effective teammates. Thus, it shouldn’t come as much of a surprise that these quickly assembled “teams” of individuals often fail – not because the business idea was flawed or difficult to bring to market, but rather because the team failed to “gel” as an effective, collaborative unit.

If we could ensure that start-up teams behave more like HPTs, it could improve their chances for entrepreneurial success. Fortunately, we happen to know a little bit about the characteristics of most HPTs, and we also have a few prescriptive ideas on how to nurture these characteristics on teams.

Applying the Elements of High Performance Teams to Start-Up Teams

Throughout my years researching teams, I’ve observed four interesting phenomena that are often common to HPTs:

1) They are cooperative, and figure out a way to work together effectively, where the sum of their efforts is greater than the constituent parts;

2) They are collaborative, and they work together to deliver some kind of work product, whether it be a tangible product or intangible service;

3) They are always learning, flexible and open to coming up with new ways of doing things; and closely related to that:

As a doctoral student, while I was analyzing my research findings within the business context, I discovered the research of two brothers from the field of educational psychology [4]. Johnson and Johnson were conducting research on high-performing student teams in classrooms, and their observations and conclusions were similar to mine. The brothers Johnson identified five elements of high-performing student teams, which matched my own conclusions from studying teams of business professionals. This led me to distill my observations and research findings down to those five elements. My subsequent research findings were consistent with their findings, suggesting that these five elements were important for superior performance across a wide variety of contexts – from school classrooms all the way up to Fortune 100 high-tech companies. Given the nature of the entrepreneurial start-up environment, we have no doubt that these elements apply equally well.

The following tables provide descriptions of the five elements, along with simple prescriptions that can encourage the behavior. I have also added my perspective on whether each element is relevant for entrepreneurial start-up teams.

As you can see, it is quite possible to structure the entrepreneurial start-up environment to include these five essential HPT elements. This will take time and energy, but research suggests that teams, as viewed by themselves and their customers, will reap many benefits. They will be able to do more with less, improve their effectiveness, make better decisions, respond better to customer needs, and get their product to market faster[1][2]. In addition, team members will feel more satisfied and motivated, and their individual performance will improve [4].

These are not insignificant benefits. It is worth the start-up team’s time and energy to give these ideas a try. It may help convert that big idea to real-world success.