Problems are More Important than Solutions 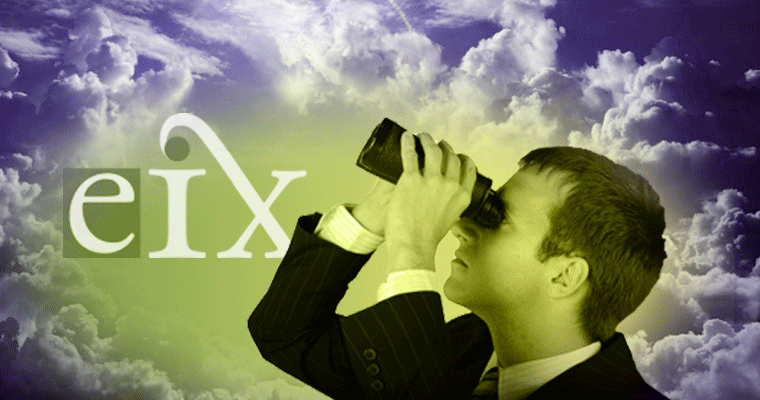 Leap Transit was founded on the belief that highly paid techies would pay $6 one way to commute to work in San Francisco. The founders touted that by providing their luxury buses on routes that were not serviced by the city, they were “doing good” by getting more cars off the roads. The City, as it turns out, thought otherwise, claiming that Leap was unnecessary because San Francisco already had a broad network of shuttles for commuters. Leap Transit responded to a cease and desist letter from the City by filing bankruptcy. It had generated only about $20,000 in income during the year although it had raised $2.5 million in investment capital from prominent investors.

This is a classic example of a startup founded on a solution, not a compelling problem. With one look through the startup failure post-mortems tracked by CB Insights, a venture analytics company, you'll more often than not hear the founders explain away the failures by the fact that they simply ran out of money. But if you dig deeper, more often than not you’ll learn that there was really no compelling need for what they were trying to sell. When that’s the case, it’s tough to attract any money.

Businesses exist to solve problems that customers have, whether those problems are as simple as "how do I find the best restaurant?" or as daunting as "find a cure for my chronic disease." These two examples seem like very different problems; certainly, in terms of importance, most people would argue they are. Nevertheless, they share a common characteristic. Neither problem is structured or complicated, thereby enabling quick convergence on a solution. Why? Because both problems involve people and their needs, and problems involving people tend to be complex, not complicated. This is a very important distinction.

Let’s look at an example that illustrates the difference between complex and complicated. If you’ve ever taken a subway, you’ve seen a map of the subway system. It looks pretty complicated, and it is—multiple trains, multiple routes, schedules and so forth. But designing a subway system is a matter of processes, formulas and procedures. There is usually a pretty direct way to figure out the system and it’s typically based on mathematics. In other words, it’s a problem an engineer can solve given the right tools.

Now consider the following problem: how can we move passengers more quickly and effectively during rush hour in the subway system? Here, let’s assume that the complicated problem of the subway system structure has been solved. The problem now involves passengers. Adding passengers (who are inherently unpredictable) to the mix, the uncertainty of the volume of passengers at any point in time, and general unexpected events that might disrupt the system (electrical outage, earthquake, etc.) and you have a complex problem with multiple possible solutions depending on how you frame the problem. What’s more, none of these solutions will permanently solve the problem because when you’re dealing with human beings and uncertainty, the needs are always changing.

Thinking Through the Problem

Let’s take a simple example to illustrate how we might approach identifying a problem, framing it, and making sure we’ve settled on the right problem. We might start by identifying a basic need, one that is easily understood: access to clean drinking water in the developing world. For the purposes of our example, we’ll use a village in Uganda where the nonprofit EnterpriseWorks/VITA has focused its economic development efforts. Based on high-level knowledge we have about the community, we broadly define the problem as how can a community provide access to clean drinking water? The problem definition is purposely broad and serves to put some constraints on the scope of what we’ll be studying. When you state a problem, it’s important to make sure that you have not inadvertently embedded in the statement an untested assumption or a solution. For example, the problem, "how can a community provide water barrels for rain capture to its citizens?," contains both an embedded solution—water barrels for rain capture—and an assumption—that the problem is how to capture rainwater. At this point in attempting to understand a problem, it’s important not to introduce assumptions or solutions because doing so may take you down the wrong path.

Depending on how you frame the problem, the spectrum of possible solutions can be quite vast, including donations of bottled water, transporting water to the village from sources through a variety of means, and capturing rainwater, to name just a few. Taking the original problem statement and running it through a Five Why’s exercise can often reveal what the real problem is, and by extension, where to focus the solution.

It’s important to note that where you end up after the five whys is a function of how you framed the initial question; therefore, you will likely do this exercise several times with different leading statements. Note also that when you frame the problem, starting with a lead-in such as “how can we” or “how might we” makes it easier to focus on the problem. Here is an example of a problem frame that is subjected to the 5 Whys test. Notice that the response to the “why” question always repeats the essence of the question.

How can a community provide access to clean drinking water for its citizens?

Why does the community need to provide clean drinking water?

Because clean water is in short supply.

Why is clean water in short supply?

Because water sources are often very far from the village and rainfall is not captured.

Why are sources far from the village and rain not being captured?

Because the community has found no efficient and cost-effective means to transport and store water.

Why are there no efficient and cost-effective means to transport and store water?

Because this village doesn’t have the resources to build or purchase commercial systems.

Why doesn’t the village have the resources?

Because the local economy is not growing.

You could certainly continue beyond five whys; but for our purposes, five is sufficient to understand that what we’re dealing with here might actually be an economics problem as well as a water access problem. So with this new insight, you can begin to think about how you can provide access to water in a way that’s economical. And, if you want to think out of the proverbial box, you might come up with a solution that improves the economy of the village while at the same time solving the clean water problem. The economic part of the problem might never have been discovered had you not taken the time to ask why.

With your newfound insight into the problem, you will definitely want to gain additional understanding by doing some research about the issues related to providing clean water, securing resources in the village, and understanding the locals’ perspectives on the problem. This is an opportunity to become the Jane Goodall of problem identification. Dr. Goodall, a British anthropologist, is the world’s foremost expert on chimpanzees. For 30 years, she studied one community of chimpanzees in Tanzania, unobtrusively embedding herself to observe them until they eventually trusted her and revealed more about their true nature than any single observation might have provided. Clearly this was a painstaking endeavor, but any effort designed to create something disruptive or game-changing by necessity is. Deep understanding can only occur when you take the time to dig into the problem and appreciate all the variables associated with it.

I am not suggesting that it is necessary to spend years attempting to understand the nature of the problem you’re working with. I am suggesting that the more time you can spend embedding yourself into the problem and observing those who are experiencing it, the higher the likelihood that you will come up with more valuable insights and a superior solution that really solves the problem.

Your observations will also reveal who exactly has the problem and what matters to them. If, for example, you learn that time and convenience are important, you won’t waste your time developing a solution that involves getting water at a great distance from the village and hauling it back by some means. By the same token, you will discover who stands to benefit the most from solving this problem. A successful startup is always predicated on solving a problem for the customer who is in the most pain, because that customer is more likely to pay a premium for the solution. Too often entrepreneurs think that the first customer should be the largest market, whether or not that market represents a customer with a significant need. The fallacy in this thinking is that the large market is monolithic when, in reality, it usually contains multiple sub-markets. Furthermore, it is unlikely that the entire market is actually available to the startup entrepreneur, especially when entrepreneurs typically don’t have the resources to tackle the entire market. By making a strong connection between the specific customer and the specific problem, you open the opportunity to establish a beach head in the market and make it possible to demonstrate your solution’s value. Success in that initial market will open the door to additional markets and customers. Their needs will probably be different from your first customer’s and you will have to re-frame the problem at that point.

Another aspect of your research will be to learn how the problem is currently being addressed. Which solutions were tried and failed in the past? There’s no sense reinventing the wheel, especially if that wheel didn’t work in the first place. Most problems are initially solved through workarounds before the optimal solution reveals itself. In the case of the water access problem, the workaround was for the villagers to carry large jars at great distances to gather water and then haul them back to the village. The reason it’s valuable to study ways that the problem is currently being addressed is that doing so provides insights into just how serious a problem it is. If the workaround is getting the job done with minimal stress, your new solution may have a tough time getting adopted.

Another question that should be asked: Is there anything about the problem that might place a constraint on the solution space? Using our example, you might want to investigate whether distance from a water source imposes a solution constraint. Given the weak economy in the village, is cost a potential constraint? It might seem that by considering constraints at this point you’re putting limits on the creative process; however, there’s another way to look at constraints—as sources of opportunity. When it comes time to think about how to solve the problem, your initial activity will likely be some form of brainstorming that is fairly open-ended or unlimited. If you know going into this brainstorming session that cost is part of the problem, you will be more likely to expand your solution thinking to include innovative ways to reduce costs. But, the fact is, you won’t be able to use those constraints effectively if you don’t genuinely understand the problem.

The time you spend to deeply understand the problem and who has it is time well spent. Developing and executing solutions is expensive and time consuming. Starting from the wrong problem definition just increases time and cost. Going slowly and getting the problem definition right means you can more quickly get to a great solution that customers will adopt.