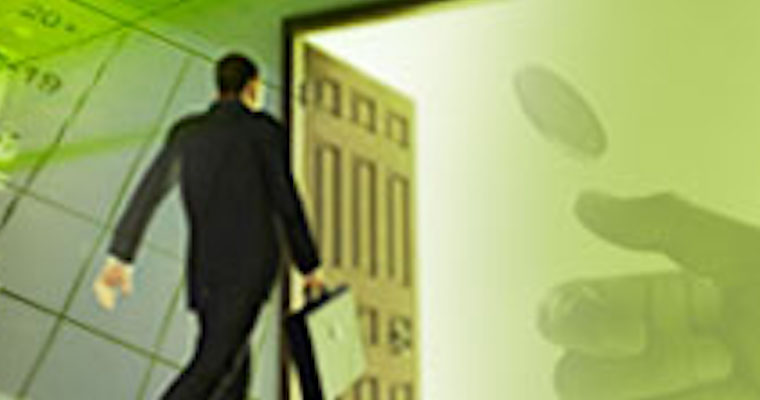 EDITOR'S NOTE: Click here to play an online version of this game, with interactive options.

Americans tend to believe that opportunities to get ahead are available for everyone and that people's positions in the stratification order are a function of their abilities traits, and efforts, rather than social and economic factors. Given the beliefs that students bring with them to class, instructors must find creative ways to illustrate that structural factors can and do play a large role in the various stratification processes. We developed a classroom exercise for stratification and organization courses that demonstrates how social structures can constrain individual actions (Renzulli, Aldrich, and Reynolds, 2003).

This exercise uses the simple process of flipping coins to show students how individual actions, when aggregated at a system level, produce outcomes that look as if they could be the result of individual intentions, but are actually an outcome of structural constraints imposed on actions: the "rules of the game."

This exercise helps students understand that individual effort is not always the only factor in individual and organizational success. It is intended to show that forces other than (or in addition to) individual characteristics shape outcomes and distributions of societal rewards.

If students are accustomed to using individual explanations rather than reasoning with their sociological imaginations, structural rationales for stratification will be difficult for them to grasp. Instructors can assign readings that will set the stage for an instructional unit on stratification (who gets what and why?) or organizational sociology (the role of managerial talent versus chance).

Any reading that stresses structural forces as opposed to individual characteristics can be used as background reading for this exercise. We recommend the following:

This exercise could also be used with readings or materials that encourage students to think about the possible consequences of guaranteeing equality of opportunity or equality of outcomes. In particular, instructors may want to consider excerpts from:

The game and the following discussion fill an entire class. The game fits best in a 75-minute class, but can be done in a 50-minute class; if instructors watch their time carefully.

In order to facilitate gameplay efficiently, the instructor can provide directions before class and put directions on a PowerPoint slide that remains up during class, demonstrate the flipping and betting process before the students start playing, and encourage students to bring five coins to class. Download the accompanying PowerPoint slides and use them for your class.

To set up the game, divide students into pairs and give each pair of students 10 coins (five per student). Then, give students time to understand how the game works.

It is important that the rules are written out and that students take time to review them carefully before the game begins. The basic game has only four rules:

At the start of the game, it is important to get students thinking about how the distribution of coins will change during the course of the game. To make the ultimate outcome as memorable as possible, instructors can start class with a simple question, "Who is so skilled at tossing a coin that they can guarantee that they will flip heads almost every time?"

Students often comment that they are skilled at flipping a coin into the air but cannot predict how it will land. Ask the students if they think the uniform distribution of coin flipping talent will lead to a random reshuffling of the coins and if it will preserve the uniform distribution of coins among the players; most students believe that it will. They reason that if no one is better at flipping than anyone else, then no one will get ahead.

The game consists of multiple rounds of coin tossing, with each round lasting about two minutes. During each round, students pair off, flip coins, and bet one to three coins on the outcome of each flip (heads or tails). The winner of each bet takes the specified number of coins from the loser. Winners then look for another person to play against for the remainder of the round. During the game, instructors should circulate through the room to identify students who are looking for others to play against and help them find new partners. When a student in a pair has lost all of their coins (i.e., gone bankrupt), they are out of the game and move to the back of the room and just observe.

After each two-minute round, instructors tally the number of people with 0, 1-4, 5-9, 10-15, and 16+ coins and post the results on the board, so that students can watch how quickly the distribution of coins becomes unequal. See figure 1 below. 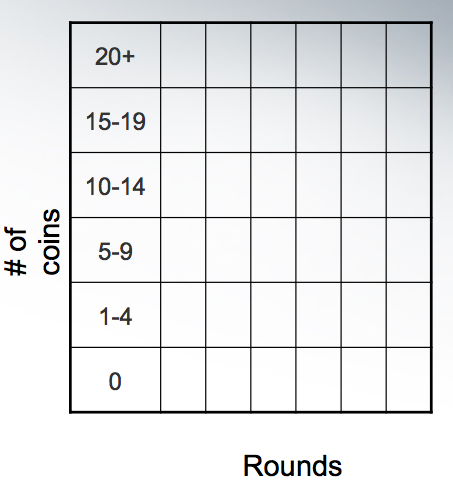 Figure 1: Results of the Game

Whoever is still left with coins at the end of each round goes on to the next round and should begin to play with a new partner. The game ends when at least one person has 16+ coins, which can occur as early as the fifth round. By that point, many students are bankrupt. Most players finish with either no coins or 1-4 coins, and a small number of players has 10-15 or more. In a typical game with 50 students, three or four students will have 16 or more coins while 30 students will be left with no coins.

Results of the game are highly predictable but also counter-intuitive to many students, and the success of the game depends on a good discussion afterward.

In order to discuss the importance of skill and talent, instructors can begin in a lighthearted way by asking the "winners" to account for their win. In most cases, they answer in one of three ways:

To help illustrate the point that individual efforts do not make or break students’ success in the game, ask: “What would have happened if we played the game again? Who would be the winner?" Students realize that they could not predict who would win, and are certain that the winner of the original game would not win in subsequent games. They also realize that the distribution of the coins would ultimately be the same at the end of each game.

Having established that skill and talent cannot explain the outcome, instructors can then point out that a very recognizable distribution still emerged. Results from the exercise can be displayed graphically by plotting the number of students on the vertical (Y) axis and the number of coins, from zero to n, on the horizontal (X) axis. Connect the dots to show a line dropping sharply from the upper left to the lower right. Some players became very wealthy, but most will become bankrupt, even though everyone started out with the same resources and played with the same skill and effort. 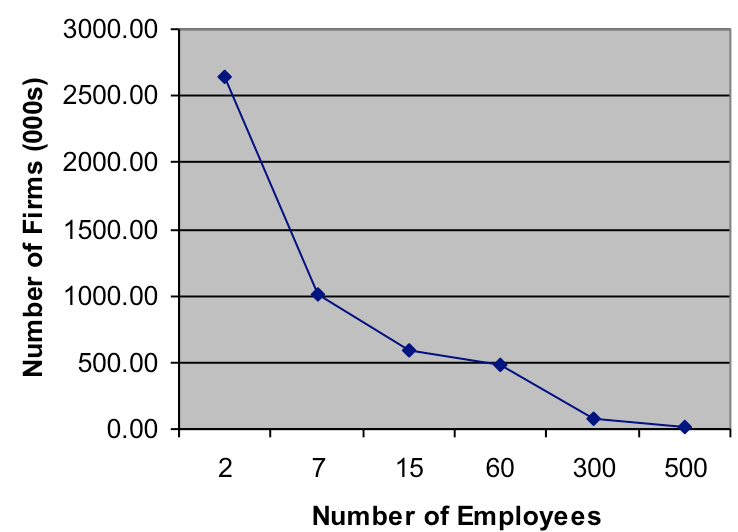 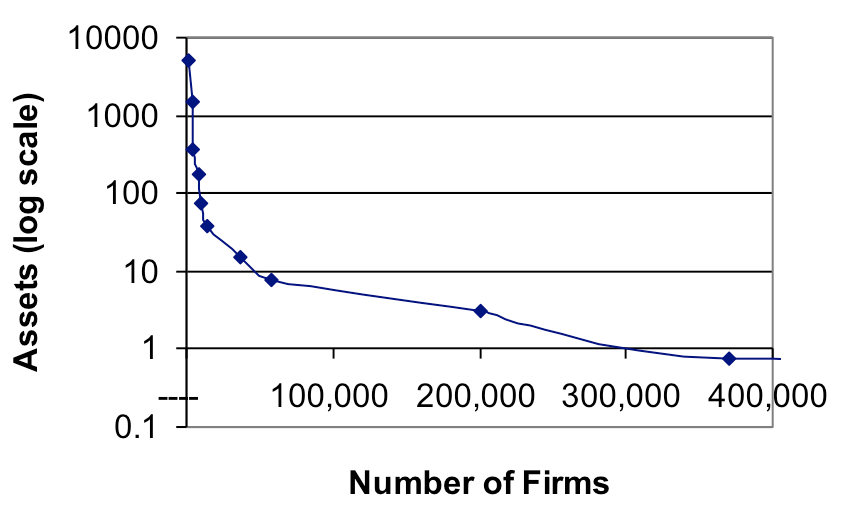 To help students relate the game to real-world processes that generate inequality, instructors should discuss how modifications of the rules might alter the outcome:

Ultimately, students should come to realize that the final distribution of coins and their personal chances of becoming a winner are not flukes, but rather the result of the rules of play that determine who gets the coins and why. They should also realize that even in the real world, where skill and effort do matter, their ability to get ahead and their chances of falling behind are also determined by taken-for-granted rules and structures of opportunities.

The coin toss provides a way to illustrate how sociological concepts can increase a student's understanding of the social world and supplement individual explanations. Playing the game encourages students to engage with the material and thus facilitates their understanding of it. Also, students find the game fun, as well as intellectually helpful.

Keister, Lisa A. 2005. Getting Rich: America’s New Rich and How They Got That Way. Cambridge University press.

Young, Michael. 1994. The Rise of the Meritocracy. Transaction publishers. Originally published in 1958.

College business professors looking for more ideas to enrich the classroom experience can find them here.