What's Next for Entrepreneurship in Cuba? 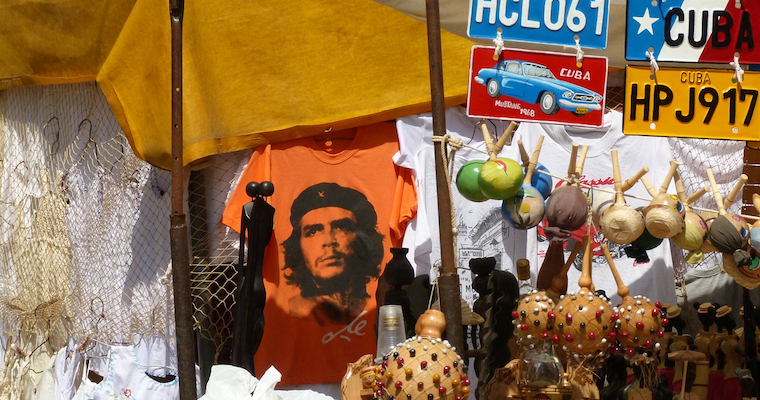 Is it possible to be enterprising in an anti-capitalist regime? Officials in both Cuba and the United States are pondering this now.

The recent announcement that Cuba and the United States would begin to normalize diplomatic relations was welcomed by a number of different interest groups within the long-estranged nations. The United States has sanctioned against trade, travel, and communication with Cuba for over half a century. It remains unclear to politicians and citizens alike how the diplomatic shift will alter the methods of exchange between the two nations, but private business owners in Cuba -- the so called cuentapropistasone group -- are closely following developments. For these entrepreneurs, the December 17, 2014 announcement might completely alter what it means to conduct business in a socialist nation.

Self-Employed Workers on the Rise

Although Cuba’s communist government might logically seem incongruous with private business, the island nation boasts a small but significant population of entrepreneurs. According to Cuba’s National Office of Statistics (ONE or Oficina Nacional de Estadísticas), 483,396 self-employed workers were registered in January 2015. This accounts for approximately 5 percent of the island’s total population. Cuentapropistas, or those managing their “own account” (cuenta propia), have nearly tripled in number since the 6th Congress of the Communist Party (CCP) 2011. President Raúl Castro announced new economic guidelines, lineamientos, at the congress that facilitated this growing sector of the market. In an attempt to transition the Cuban economy to a 60/40 divide of the nation’s public and private sector employees, the lineamientos revamped foreign investment law and the agricultural system, allowed for the private sale of homes and cars, began to phase out the ration book, and issued licenses for cuenta propia activities. In addition to the cuentapropista licenses, citizens can also apply for legal recognition of a privately owned cooperative. Regardless of the entrepreneurial endeavor, President Castro has warned time and time again that the lineamientos goal to increase output levels must be reached “…in the context of the socialist relations of social production, socialist property relations.”

The challenge of ensuring that private enterprise is within the spirit of the Revolution has not prevented the rapid growth of cuentapropistas in the last four years. Currently, Cuba has 201 authorized self-employment activities. The most popular forms of private enterprise are connected to the tourist industry. For example, the majority of issued licenses are for paladares, or private restaurants. These eateries are typically extensions of the cuentapropista’s home, but the government recently enacted changes that increase the maximum seating from 12 to 50 and allow owners to hire non-family members as employees. Similarly, it was announced in September that the 8,984 state-owned restaurants will shift into private ownership, although the government maintains ownership of the actual property. The decision likely builds upon the government’s success of transferring all state-owned beauty salons and barbershops to cooperative ownership since 2011. The public has responded eagerly to these state-sponsored policies, with nearly 50% of Cubans declaring it is better to work as a cuentapropista than in the state sector.

The reinstatement of diplomatic relations was eagerly received by cuentapropistas but it is not clear how, or even if, the new policy will affect enterprise. In January, the US State Department released the Section 515.582 List. Known informally as the “Cuentapropista Importation List,” it designates which goods can be imported to the United States from Cuba’s entrepreneurial sector. The list is quite short in terms of products. The coveted Cuban cigars are among the many items that remain restricted as imports. Beyond Cuban goods, however, is the opportunity for increased American investment and exchange of services. President Obama’s new Cuba policy allows for remittances for private businesses that “directly benefit the Cuban people.” Additionally, the Cuentapropista list permits US entities to hire Cubans trained in a number of different services. The potential of Cubans on the island providing translation services or computer programming, for example, is great large.

The reality of conducting private business under the Cuban regime has tempered Cuentapropistas enthusiasm over these small steps toward increased trade. Primarily, the Cuban government has not matched the State Department’s Cuentapropista Importation List. There has been no official statement or transparent discussion about what the government will allow in terms of exports or services. Cuba’s business infrastructure is also an issue. Computer programmers might now have the opportunity to work for US employers but communications on the island remains severely underdeveloped. Without an updated Internet system, cuentapropistas can't take and fulfill any product orders allowed on the US State Departments’s list. Moreover, with no direct mail system between Cuba and the United States, personal travel serves as the primary “export” system over something like FedEx. Finally, to be certain, not all Cubans or even cuentapropistas see policy change as a harbinger to a free market society. Many citizens echo the comments of one party official that “we’re going to be like China or Vietnam, a socialist country with capitalism.” Cuentapropistas will surely benefit from the new diplomatic relations, but they will not be the vehicle of change to unencumbered capitalism on the island.

Despite the limitations, red tape and political legacies, it seems clear that entrepreneurship will continue to grow and maintain an important role in Cuba’s economy. The Cuban government sees cuentapropista licenses as part of the transition to reaching the 60/40 division between public and private workers. Official licenses also incorporate informal market vendors who risk arrest, lack social benefits, and, perhaps most important for the government, don’t pay taxes. Yet private enterprise also raises many anxieties on the island. One taxi driver explained, “by working on your own you can make a lot of money but it is uncertain, while working for the state you get a bad salary but it is stable.” The more common concern among cuentapropistas centers on resources. An 18-year old woman from Villa Clara said: ‘I would like to be a cuentapropista, but the problem is that I don’t have any money to start with. I think that those who start a cuenta propia must first have some family in the United States who send them money.” The US State Department’s reversal on remittances to Cuba will surely inspire many to take the calculated risk involved with entrepreneurship and perhaps in return, alter definitions of private enterprise on both sides of the Florida straits.