Developing Podcasts For, and By, Older Adults 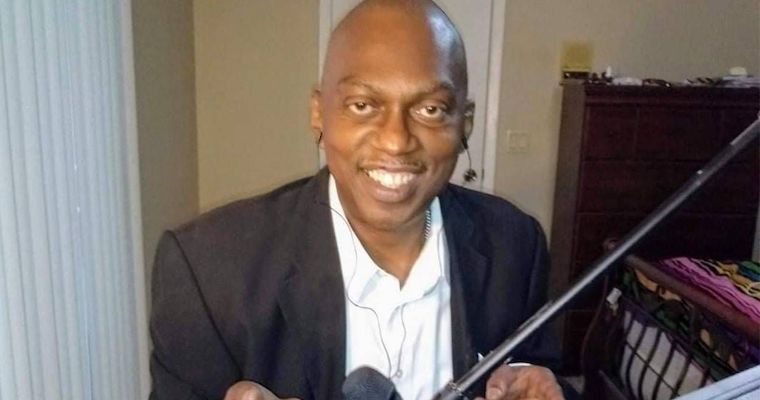 "Radio has always been a part of my life since my college days at Northwestern University (NU) where I was a DJ on [the campus radio station] WNUR," says Prince, whose day job is working in health care customer service in Sanford, Fla.

He and his high school and college friend Gene Matthews long had "a passionate relationship with radio," Prince notes, and both worked on WNUR. "Gene's been gone 11 years now. In his honor, I created the internet station using the first two letters of my name and the first two letters of his name to form VEGE Internet Radio at Vegeradio.com," says Prince.

Spurred by the pandemic quarantine of 2020 and dissatisfaction with the lack of control when doing radio shows for other platforms, Prince debuted Vegeradio.com on his birthday, January 23, 2021, after a friend asked, "Why don't you develop your own radio station?"

The Challenges Launching His Podcast/Radio Platform

"Putting a station on where you are playing commercial music means that you must have licensing – such as [public performance royalty collectors] ASCAP, BMI or SESAC, which cost approximately $2,000 a year," says Prince. "If you don't have licensing, you can only play independent music and I wanted to bring on music that people were familiar with."

A percentage of the licensing fees paid to ASCAP, BMI and SESAC go to the artists whose music is being played on internet or traditional radio.

To raise money, Prince says, "I tried some crowdsourcing through a GoFundMe page and making PowerPoint presentations to prospective investors. But I needed to find a less expensive option."

When he dug deeper, Prince found Live365, an internet radio network based in Canada, whose fee is about $100 a month.

The next big challenge: programming.

"There is so much that music can do —make you think, feel like dancing or even relieve stress. But I also know that podcasts provide another way to entertain or make you think," says Prince.

His current core of VEGE Radio podcasters, whose weekly episodes mostly range from 30 minutes to one hour, are longtime friends or former collegemates. (Full disclosure, I am one of the podcasters; on Leslie's Landscapes, I chat for three to 10 minutes per episode on topical and social issues. I met Prince when we were both WNUR DJs.)

Prince's main podcasts are Linnda Durre Interviews, which focus on guests such as the late actor Ed Asner, former Democratic Senator and basketball player Bill Bradley and other celebrities; Memphis Matters, with host Dee Dee Koen, which highlights music performers; One Opinionated Son of a Blacksmith, hosted by NU alum Vernon Nickerson, a schoolteacher in Los Angeles; and Health and Healing, where host Gary Harris talks about keeping your body in good condition through exercise, nutrition and meditation.

The podcasts run between 1 pm and 9:35 pm ET, separated with music that Prince programs.

Prince likes having a diverse group of older podcasters and hopes to attract more in the future, including people who are new to podcasting.

"In our mission statement, I state that VEGE Radio is open to offering apprenticeship and training programs for those looking to host their own podcasts at the station," says Prince. "Who knows? Maybe someday we'll have a sports podcast or even a church service."

His current podcasters came ready with ideas on the content of their shows.  "The only request I had for my family of podcasters was no profanity," says Prince. That's also the case for the R&B and jazz on VEGE Radio.

"I don't want to shock you. The podcasts should be entertaining, informative and maybe even uplifting," notes Prince.

The music and podcast lineup includes jazz from midnight to 12 noon ET and "grown and sexy R&B" from noon to 1 and 6 to 7, mixed by Prince; as well as sets on Friday and Saturday nights from 10 to 11 by DJ Groove from Germany, DJ Alxxx from Great Britain and DJ M.T.H.O. from Botswana, all discovered by Prince via You Tube.

His Goals for VEGE Radio

Prince has several goals for his fledgling internet radio station, including attracting more small businesses as advertisers and perhaps offering internships for students who want to step into the world of radio.

"Right now, we operate on a shoestring budget, and it could be described as my hobby, but I would like it to be a full-fledged business someday with listeners of all ages," says Prince.  "Maybe down the road, we could have some live programming."

For now, though, a top goal is finding and broadening his base of listeners.

"When I tell people that I have an internet radio station, I remind them that they don't need an app. Just go to the website for Vegeradio.com and tap 'listen now,'" Prince says.