Entrepreneurial Ecosystems: What They're Made of and How They Work 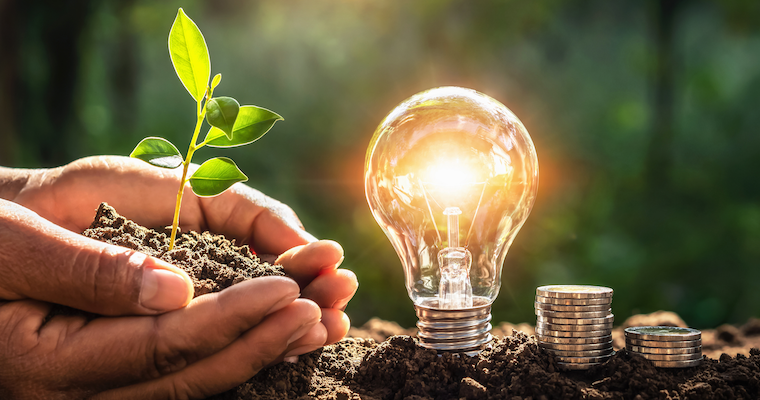 The success of any new business depends in part on the environment that surrounds it. In the same way that healthy plants depend on the soil and climate around them, new businesses depend on a variety of factors related to geography in which they take root. Taken together, these factors comprise an “entrepreneurial ecosystem,” and they can make life easier or harder for entrepreneurs.

For example, consider that Calgary and Waterloo are both prosperous Canadian cities with many career opportunities, high percentages of college-educated workers and successful local businesses. But for entrepreneurs who hope to start a venture, they couldn’t feel more different.

Calgary, which is close to the abundant natural gas and petroleum reserves in the province of Alberta, is dominated by the oil and gas industry, so its most successful ventures often cater to that industry: exploration and production management, resource forecasting, logistics and specialized software. These companies pay the best wages, making it difficult for other types of companies to attract new workers.  The oil industry culture stresses wealth creation rather than collaborating with other companies, and few people think it’s important to network with people outside their industry. In short, Calgary is prosperous but insular, and it’s hard to launch a business that doesn’t focus on oil and gas.

More than 2,000 miles to the east, in Waterloo, Ontario, the attitude towards entrepreneurship is much more collaborative. The University of Waterloo, a STEM-oriented school founded by German migrants, and the technology company Blackberry are guiding forces. The university encourages and supports students and faculty who want to launch businesses. Organizations devoted to mentoring and networking are thriving, and people in different companies are always willing to help one another. Early-stage businesses have an easier time attracting talent and investment than they would in Calgary, even though the pay and the city’s per capita income are lower.

These cities have very different entrepreneurial ecosystems that affect the ease with which different types of businesses can take root there. In this article, which is based on dozens of interviews I conducted with entrepreneurs in both cities as well as my longer article in Entrepreneurship Theory and Practice, I’ll explain what makes ecosystems tick and how they work.

In nature, an ecosystem is a community of living and non-living things that interact to create a system that encourages and sustains life.  Ecosystems exist in the natural world’s freshwater lakes and saltwater oceans, grasslands, jungles and even deserts.

Cities and regions have business ecosystems, too – and their origins and evolutions greatly influence the types of enterprises that thrive there and how they interact with one another. Social, political, economic and cultural elements all play a role. As many policymakers aspire to copy a thriving entrepreneurial hub in the hopes of creating one in their own city, it’s important to understand the underlying local economic and cultural attributes that shaped the hub’s ecosystem. It’s also important to understand that no two ecosystems are alike.

The Attributes of Entrepreneurial Ecosystems

Three attributes – cultural, social and material – set the stage for a region’s entrepreneurial ecosystem.  Table 1 summarizes these three attributes and the various factors within them. It’s important to note that these “attributes” evolve over time, and can be barely present or heavily concentrated based on the number of scientific labs pursuing innovation, new ventures, their suppliers, coworking spaces, events and other factors.  An ecosystem can also evolve from nascent to developed either quickly or slowly.

Not all of these elements are necessary for the development of a thriving ecosystem. Many successful entrepreneurial ecosystems have lacked one or more of these elements. For example, Boston first developed a thriving biotechnology ecosystem in the absence of a
strong local market or histories of successful biotech entrepreneurs. Rather, these attributes should be understood as the major factors that help create supportive environments for entrepreneurial activity and provide external resources that increase the competitiveness of new ventures.

Cultural attributes are the underlying beliefs and outlooks about entrepreneurship within a region.  They encompass attitudes towards entrepreneurship and stories of famous entrepreneurs who launched businesses there and inspired later entrepreneurs to settle there. In Waterloo, German immigrants in the 19th century became business owners and helped shape a culture that encouraged entrepreneurship. The “Traitorous Eight” engineers who founded Fairchild Semiconductors in the mid-20th century kickstarted the idea of Silicon Valley as a great place for new entrepreneurs and the collaborative ethos that is part of that region today. Such histories become part of the lure of a region, and local boosters actually use them to attract more businesses. Local universities promote themselves to students by pointing to entrepreneurship as a viable career path, worth the risk.

Strong social attributes create a “buzz” of knowledge flow that helps entrepreneurs become wired in more easily. Since potential investors are part of the network and likely live in the community, strong interconnected networks make it easier for them to identify local entrepreneurs who might be promising new companies for their portfolios. Local dealmakers who are wired into the network can see the potential from new connections between others in the network – for example, new companies and local VCs.

Material attributes include tangible presences that shape the ecosystems: colleges and universities, support services and facilities, state laws and local policies that encourage or discourage entrepreneurship, and open markets.  Universities develop technologies that can lead to opportunities for spinoffs and local companies, and provide a steady stream of skilled graduates.  Support services such as accounting firms, attorneys and human resources professionals help new firms get their footing. Local policies can provide incentives for new companies to settle there, such as tax benefits or streamlined regulations. And strong local markets provide a ready customer base for young firms, helping them to achieve financial stability in a shorter time – just as the U.S. Defense industry in California helped provide ready customers for the new microelectronic firms that were the pioneers of Silicon Valley.

How They Work Together

A region’s entrepreneurial ecosystem is shaped by the relationships between the cultural, social and material attributes, the strength of their connections, and which network dominates. If the attributes are lacking or the connections are weak, the region may struggle to lure more startups. For example, even a strong showing of material attributes – favorable tax incentives for new businesses, nice office parks, good roads – may not help a city if its cultural attributes do not encourage a helpful attitude towards new ventures and if weak social networks make newcomers feel adrift rather than welcomed. Such was the case in Calgary, where the oil and gas industry dominated the cultural attributes. Those ventures who were wired into the oil and gas network made healthy incomes and had a good chance of cashing in when they were bought by a bigger oil and gas firm.  However, ventures outside this industry found it difficult to fit in and attract talent and financing. The lack of trust between entrepreneurs in the city’s oil and gas industry made it difficult to build a community that could help them get through the tough times.

Entrepreneurial ecosystems are the most welcoming to diverse new businesses when the three attributes reinforce one another, as they do in Waterloo.  That city’s underlying cultural beliefs about the wider social status of entrepreneurship encouraged the people and businesses there to welcome newcomers and nurture their ventures, increasing the new business’s chances of success. In turn, this success added to city’s reputation as a mecca for entrepreneurs, encouraged more startups to settle there, attracted more venture capital investment and made the underlying ecosystem even stronger. Waterloo was ahead of Calgary in the number of firms receiving venture capital investment and has become one of the startup hotspots of North America.

Based on what we know about how ecosystems work, there are several steps entrepreneurs can take to manage the way they work with their ecosystems.