Entrepreneurs Must Lead the Charge in Carbon Reduction

by Dave Ketchen and Andrew Balthrop 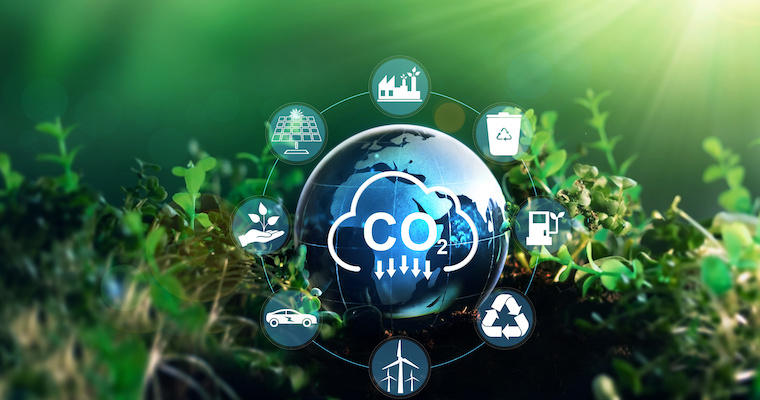 Entrepreneurs, not federal government subsidies, are the key to societal improvements. Consider, for example, the newly passed Inflation Reduction Act. It aims to reduce carbon emissions by giving billions of dollars to consumers via subsidies. In doing so, it misses the mark. Indeed, organizational research makes clear that this sort of market intervention often is ill-advised. Using Monte Carlo simulations, Hunt and Fund (2016) found that government subsidies can forestall more radical changes in long-term investments into alternative technologies. Tokar, Jensen, and Williams (2021) spotlight hidden costs in an effort to urge caution about regulating e-commerce to manage carbon emissions. Most recently, Hafsi and Baba (2022) illustrate the problems associated with policy overreaction, wherein emotion -- and not logic -- drives policy.[1]

Desperation to show action against climate change, rather than logic, seems to underlie the program in the Inflation Reduction Act that offers $14,000 in rebates and tax incentives to households that purchase and install new green appliances and equipment.[2] One group of winners in the bill are those selling or installing heat pumps, who receive a $2,000 tax credit for cost and installation, and between $1750 and $8000 in direct rebates.[3]

Heat pumps are a good technology and generally pretty green. When used to cool air in the summer, they are just air-conditioners (i.e., machines that pump heat outside). But they can be operated in reverse during the colder months, pumping heat from outside in. This eliminates the need for a furnace, which is where much of the energy savings are created. No energy is used in producing heat; instead, existing heat is moved around. There are many varieties and complexities: Heat pumps can be used for water heaters; and, in addition to outside air, water, solar, and geothermal sources can be exploited as the source of heat.

But it is not clear that heat pumps will meaningfully address environmental problems. The residential and commercial sectors account for only 13% of carbon emissions.[4] Much of the emission reduction from heat pumps depends on the source of electricity generation. If you are among the 21% of the U.S. population that relies on coal for electricity, the purchase of a cheaper tankless gas water heater[5] and a contribution to the Nature Conservancy with the money saved might have a greater environmental impact. Other environmental considerations must be balanced. While heat pumps are generally better in terms of greenhouse gases, life cycle analysis indicates they are worse in a variety of other environmental dimensions, particularly water use.[6]

Entrepreneurs Have Moved the Needle

Historically, entrepreneurs such as Henry Ford, Thomas Edison, and Steve Jobs have targeted societal needs – in their cases, transportation, artificial light, and computing – and created new products to fill those needs. The results have been spectacular – improved quality of life for consumers and vast economic returns for entrepreneurs. But imagine if the government had paid for people to buy horses in the early 20th century – the adoption of automobiles might have been delayed by years. Similarly, imagine if the government had reimbursed consumers who bought DOS-based personal computers in the 1980s – Apple’s world-changing innovative products might have never had a chance to gain traction.

Who will be the next Ford, Edison, or Jobs? There are exciting possibilities for decarbonization within firms’ supply chains, especially in transportation. One possibility is to use battery-electric trucks that operate similarly to electric passenger vehicles. Nikola and Tesla are two companies that are working through the inherent challenges of developing this technology, including limited range and excess weight, which translate into reduced transport capacity. An alternative is hydrogen fuel cell electric, such as the vehicles sold by Hyzon Motors. Removing trucks from the road is another solution being practiced by JB Hunt’s Intermodal division, as they put long-haul truck routes onto less carbon-intensive trains. It is not yet clear which of these approaches is best. Maybe all of them have a viable future. We need market competition to figure it out.

Opportunities abound in the consumer sector as well. ChargerHelp! is a Los Angeles-based, minority-owned startup that is attacking a difficult problem for electric vehicle owners – up to 40% of public access chargers are broken at any given time.[7] Most problems are due to software glitches. Launched in 2020, ChargerHelp! provides on-demand technical assistance, much like a tow truck goes where it is needed. Founders Kameale Terry and Evette Ellis recently received 1,600 applications for 20 new positions. This is a classic entrepreneurial success story – identify a need and fill it – both without government help.

What policymakers should do

In sum, rather than picking winners, government policymakers should set parameters and let entrepreneurs compete and flourish within those parameters. One tangible example is carbon taxes. Raising taxes involving carbon emissions shifts incentives away from carbon-based energy and encourages entrepreneurs to develop alternatives. As a modest thought experiment, consider that the federal gasoline tax of 18.4 cents per gallon was set in 1993. Doubling the tax – which would mirror inflation over the last two decades – would make carbon-based energy less attractive to consumers and make relatively expensive alternative fuels less costly on a relative basis. This would in turn create a playing field within which the economics surrounding entrepreneurs’ alternative energy inventions become more favorable.