Today's Innovators Can Prosper by Building a Better Tomorrow 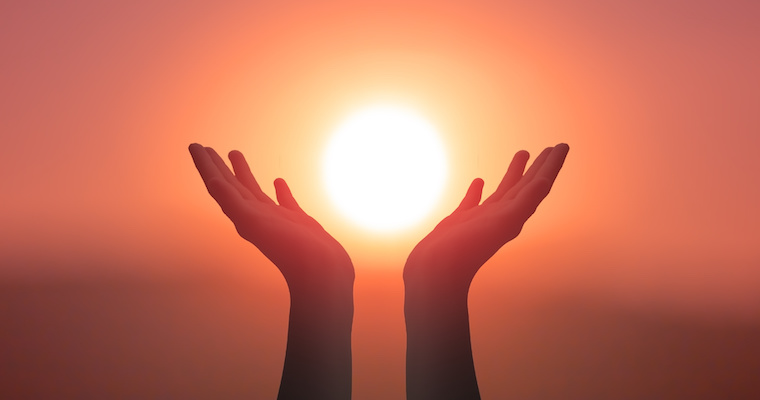 About a decade ago Josh Tetrick, after doing charity work in sub-Saharan Africa for the UN and teaching there as a Fulbright Scholar, decided to channel his idealism into a company.  He cofounded Eat Just, whose several innovations include a process to grow chicken meat from chicken cells -- saving water, feed and the environment.  Early tasters were enthusiastic about his product, and Singapore has approved its sale. Tetrick’s now-10-year-old venture has raised $800 million from investors who are bullish on the future of lab-grown meat.

We are entering a golden age for entrepreneurs and innovators like Tetrick to reset business plans and goals to build a better tomorrow for all—and prosper enormously by doing so. Right now the opportunities are better than ever for people and companies seeking to tackle the biggest problems troubling the world today: climate change, hunger, sustainable food production, water quality and many others.

Three things are fueling this trend. One is that companies that help solve grave problems are increasingly valued by investors. The second is the United Nations’ new focus on 17 critical sustainable development goals, which address the biggest global challenges that will require policy changes and private sector involvement to solve. And the third is a phenomenon that I call the “Laws of Zero:” the costs of seven key technologies are plummeting to nearly nothing while their capabilities are growing exponentially, making it far easier to harness them cheaply for noble ends.

A Lure for Investors

The $800 million investment in Eat Just happened because investors expect the market for lab-grown meat will reach $140 billion by 2030. Tesla is worth more than most of the rest of the automotive industry combined—even though its market share in 2020 was only about 1% of global new car sales. That’s because market values are a bet on future growth, and investors believe the need to address climate change will drive the wholesale replacement of gas-burning vehicles with electric vehicles like Tesla’s. And so do customers and policymakers.

There’s already a huge movement toward ESG (environmental, social, and corporate governance) that includes a push for companies to be more sustainable and to attend to constituents beyond shareholders: employees, suppliers, and the communities served. What’s more, investors are insisting on it. One late 2020 survey of big investors, representing approximately $18 trillion in assets, found 73% plan to increase their ESG investment either significantly or moderately by the end of 2021. Family offices, where older relatives are transferring control to younger generations, are especially forceful; two-thirds of a large group surveyed regarded sustainable investing as necessary for their family legacy. Investor sentiment, reinforced by strong customer and employee preferences, creates an umbrella for change.

Companies who want to tap into the growing market for solutions to global problems have plenty of places to play.  The United Nations’ Sustainable Development Goals, shown below, depict the goals that address the biggest problems facing humanity and the planet that we steward. While some companies like Tesla and Eat Just are already part of the solution, many more private sector players and innovators must get involved. 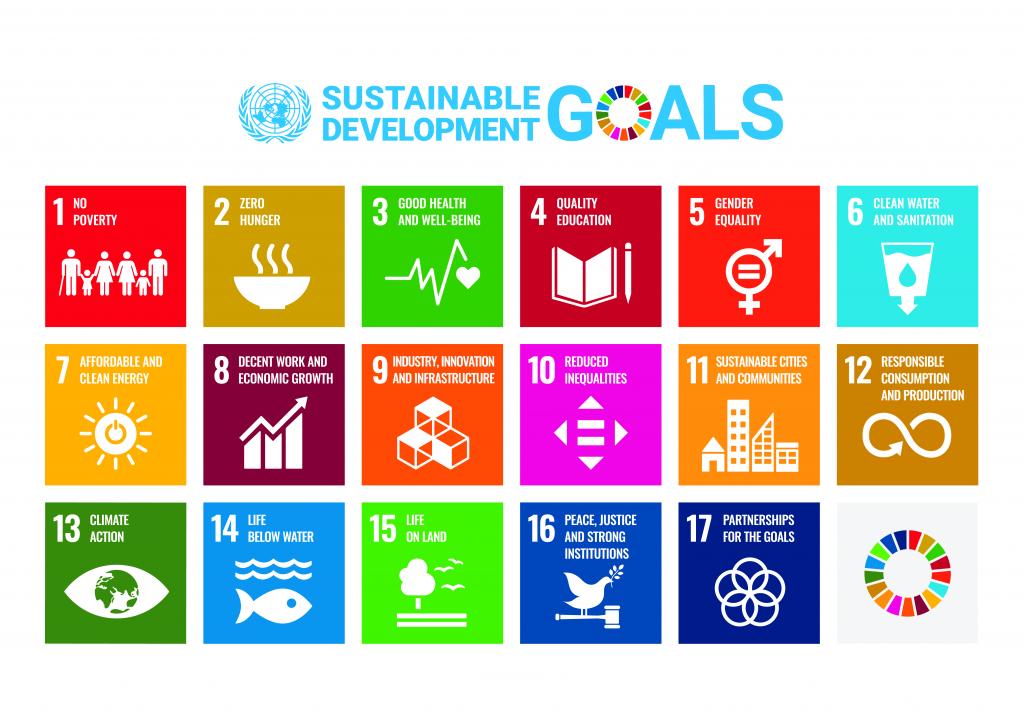 The Cost of Solutions is Going Down

Powering this movement are exponential advances in key technologies based on what I refer to as the Laws of Zero. The basic ideas behind the Laws of Zero are that seven key drivers of change—computing, communications, information, genomics, energy, water, and transportation—are improving exponentially in capability while headed toward a nearly zero relative cost.

This yields two critical implications. First, the chart below shows the rapidly expanding opportunity gap between state-of-the-art technology and incrementally changing “business as usual.” Second, the rapidly decreasing cost of those state-of-the-art capabilities enables rapid innovation and drives marketplace adoption. We can plan on being able to utilize as much of these capabilities as we need to smartly address any problem. 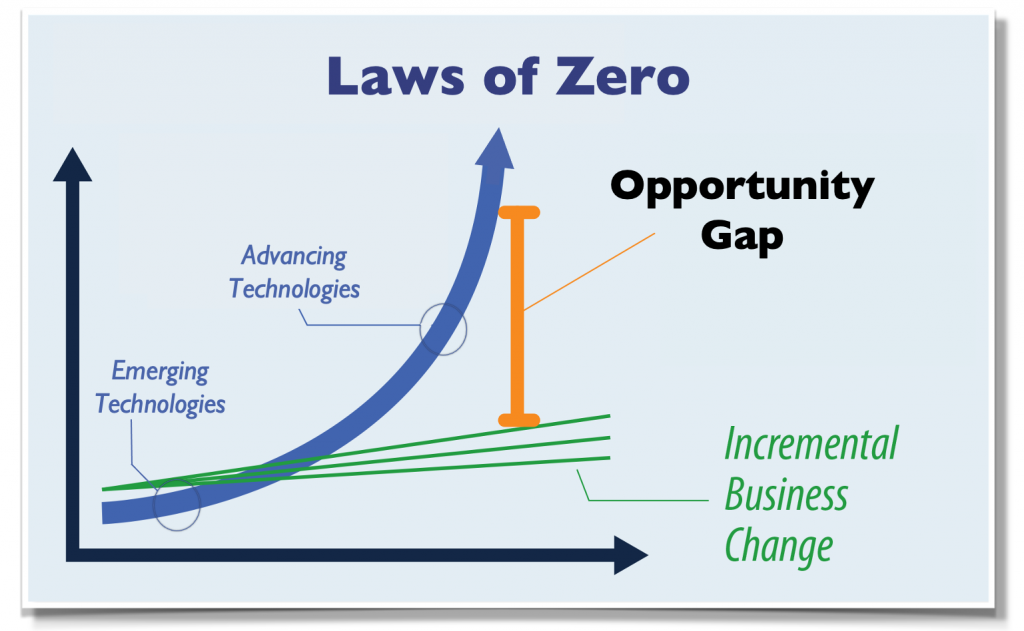 The first Law of Zero is familiar because of Moore’s Law, which has described the plunge in computing costs that we’ve seen for nearly six decades.  A gigabyte of memory cost $300,000 in 1980 but costs less than a tenth of a cent today. Now imagine what computing power will cost in 30 or even 15 years from now. It won’t be free, but it will sure feel that way.

The other six Laws of Zero follow similar trend lines—or better. We’re seeing communication costs likewise head to zero. Just compare the cost of all those Zoom calls you’ve been on in the last several months to what such calls would have cost 10 years ago. The costs for gathering information will drop steeply, too, as sensors, drones and satellites cover the world. Energy costs are heading to zero(ish) if you look at the stunning drops in price for solar and wind installations and improvements in batteries. If energy becomes close to no cost, then so will water—saltwater can be turned into fresh at scale, and water can be condensed out of thin air even in the driest spots on the planet. Much of the costs of transportation will also disappear once driverless cars and trucks hit scale. Genomics is advancing the most dramatically of all—even faster than Moore’ Law. Human genome sequencing, as shown here, has become a million times faster and a million times cheaper over the last 20 years. 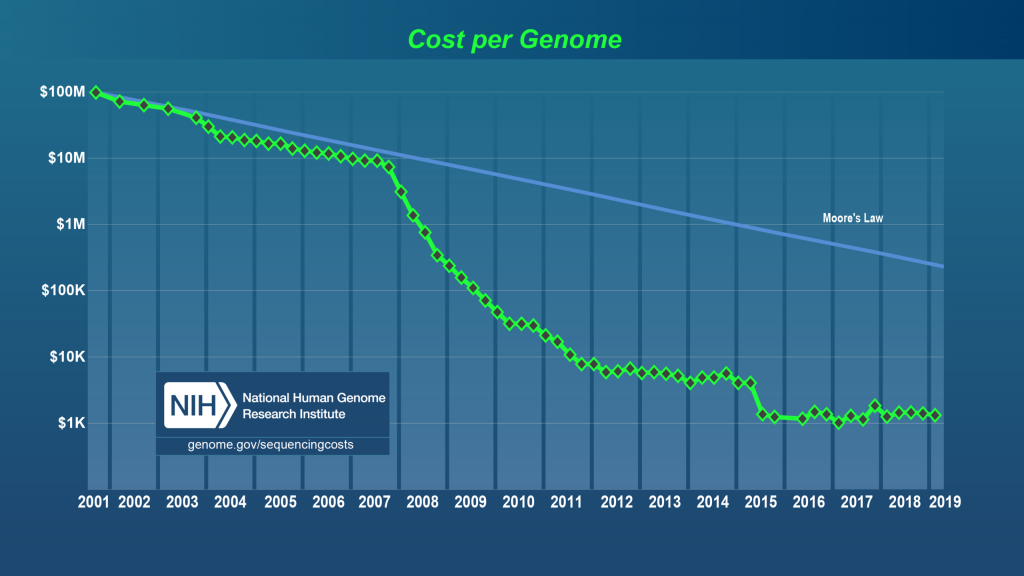 To sketch out your own opportunities, start with these three steps: Think big, really big. Write your future history. Then start small.

Successful innovation always starts with a consideration of possible futures. In this case, give yourself license to dream really big. Assemble a smart and daring team to explore how you might collectively leverage your assets, skills, capabilities and the Laws of Zero to make a meaningful impact on one or more of the UN SDGs.

Pick a place where you want to have an impact, and take heart that these fields are wide open. Tesla has harnessed the capabilities enabled by the Laws of Zero in computing, communications, energy and transportation to produce a market-leading electric vehicle (EVs). But consider that EVs are just a small part of the massive economic transition necessary to get to net-zero carbon emissions by 2050, however. Globally, we emit about 50 billion tons of carbon each year. Transportation is only responsible for about 16% of those emissions, and cars and trucks are only responsible for about half of transportation-related emissions.

If Tesla remains on track to sell enough cars to reduce a significant part of that 8%, its worth might shoot well past the trillion-dollar mark. But the other 92% of carbon emissions (as shown below) still needs to be reduced, with plenty of room for other companies to participate. Beating climate change is like selling umbrellas when it’s raining, but with an astronomical worldwide addressable market.

Every innovative strategy depends on achieving clarity on the end goal and getting everyone on the same page for the challenging transition. The best mechanism for doing this is one I have used to powerful effect. I call it a “future history.”

Start with a 15-year timeframe. That is far enough in the future that you don’t have to worry (yet) about all the implementation details. At the same time, it is close enough that the Laws of Zero allow us to realistically envision what might be technologically possible.

Now ask yourselves the following: What would be crazy not to have in 15 years in your particular domain? Think in terms of the Laws of Zero and the additional breakthroughs that’ll be particular to your sector and your company. What big problems should the exponentials help solve in the 15-year timeframe? How might you contribute to solving those problems in a meaningful way?

To focus the exercise, I typically ask teams to imagine themselves 15 years from now and write two short articles that resemble a company profile in the New York Times or Wall Street Journal.

The first “article” is about how successful your company has been over the past  15 years. It looks back on the problem you helped solve, the key strategic or technological shifts that helped you capture disruptive opportunities, and how your organization united to out-innovate existing players and start-ups. What key elements and events helped your organization shake complacency? This part of the exercise encourages war-gaming and helps the executive team understand the milestones on the path to success.

The second “article” would be a post-mortem on why your company failed. What circumstances or resistance from some part of the organization, investors, customers, or any other key stakeholder were not overcome? Imagine, for example, all the doomsday scenarios based on customer behavior, competitors, and technology. The article should clearly explain why your company failed. This will crystallize your thinking about the most likely issues.

Taken together, the future histories provide a way of thinking about the long-term aspirations of the organization and the challenges facing it. By producing a chronicle of what could be the major successes and most dreaded failures, the organization gains clarity about the levers it needs to pull to succeed as well as the pitfalls it needs to avoid. Most importantly, by working together to write the future histories, the team develops a shared narrative of those potential futures.

The process of developing even the most brilliant ideas is complex, systematic and purposeful, and all the best advice for doing so would fill volumes. But, here’s a key factor to remember: Success depends on starting small after thinking big.

Don’t fall in love with your future history. Don’t allow yourselves to make decisions solely on intuition or get locked in on financial projections based on wishful thinking. Break the vision down into smaller pieces for testing. Defer important decisions until you have real data.

Fifteen years is a long way off, so, first, you need to pull the 15-year future histories back to more concrete, 5- to 10-year scenarios. These medium-term visions are critical. The early versions of the potential tools and capabilities needed to explore and build these futures likely exist, though in expensive and rudimentary forms, so you can start experimenting now with the tools and capabilities needed for your 5- to 10-year scenario, on the path to your 15-year goals.

Much of this type of work should cost very little. While big companies tend to do lots of planning and then build extensive (and expensive) prototypes, aim for a lab approach: lots of little experiments where the goal is to learn and fine-tune your vision for 5, 10, or 15 years out. If you think big but start small, you can learn fast through a steady stream of tests and can then continually course correct.

A cartoon that I especially like shows two professorial characters standing in front of a chalkboard full of complicated equations. One points to a spot in the middle of the blackboard where the other has written, “Then a miracle occurs.” The caption says, “‘I think you should be more explicit here in step two.’”

One could imagine that chalkboard as illustrating the complexity of addressing climate change and the other big problems embodied in the UN Sustainable Development Goals, and “step two” as identifying some of the “near miracles” that need to happen. But, thanks to the unprecedented capabilities enabled by the Laws of Zero, near-miracles are possible. And, coming up with any one of those near-miracles would both help save the planet and generate a fortune the likes of which few have ever seen.

Here's hoping at least a few of you will give it a try.

This article is adapted from the author’s book, “A Brief History of a Perfect Future,” co-authored with Paul Carroll and Tim Andrews.