Turning Your Invention Into a Business 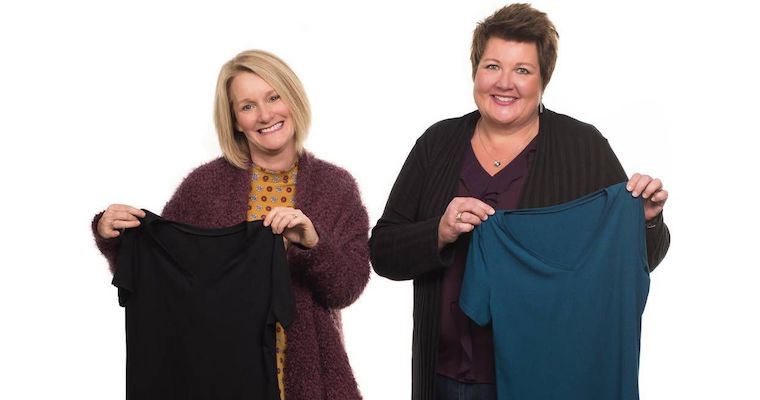 This article is part of America's Entrepreneurs, a Next Avenue initiative made possible by the Richard M. Schulze Family Foundation and EIX, the Entrepreneur and Innovation Exchange.

You have a great invention idea. So, how do you turn it into a profitable business, especially if you want to do it later in life?

The secret is managing risk wisely, says David Deeds, professor of entrepreneurship at Opus College of Business at University of St. Thomas in St. Paul, Minn. (Full disclosure: EIX, the Entrepreneurship and Innovation Exchange from that school is a Next Avenue funder.)

"Older adults have less time to recover from a failed business," says Deeds. "On the other hand, [this generation has] more financial capital, better credit and better networks" than younger ones. So, Deeds notes, they are in a good position to manage this risk.

Managing that risk is exactly what the following three inventive inventors over 50 have done over the past few years when launching their companies. There stories sound straight out of public radio's "How I Built This" show.

Here's how they did it and what you can learn from them if you want to take your product or service idea to market:

From the Courthouse to the Kitchen

Vivian Jasper, based in Southern California, is a true example that it's never too late to follow your passion. Having spent most of her career in the legal industry — first as a recruiting administrator, then in HR and legal management — Jasper, now 66, felt right at home inside offices surrounded by bigwig lawyers. But her heart was in the kitchen.

For decades, Jasper had loved making nourishing meals for her family, including her two sons. Her famous pasta salad with a lemony dressing became her signature dish that she brought to every family event. One day, when one son started dipping his pizza into the dressing, Jasper realized her concoction had potential beyond pasta.

Jasper's sister, who worked in the food industry, encouraged her to begin producing the dressing at a larger scale. And so, several years ago, the idea for Brizo Everything Dressing was born.

In 2017, the whole family put in long hours to produce and bottle Jasper's dressing in a prep kitchen. "We would go in Saturday and Sunday every weekend, though everyone had full-time jobs too," she says. "It truly was a family operation."

Through her sister's industry contracts, Jasper get her first bottles into Bristol Farms, an upscale grocery chain in California. Many other locations soon followed.

The reason, Jasper says, was that her product differed from mass-produced dressings on the shelves. It was made with clean ingredients (olive oil, lemon juice, herbs and spices); certified vegan; non-GMO; keto-friendly and didn't require refrigeration.

"Being able to make something that people appreciated that was healthy was the impetus behind it all," Jasper recalls.

Brizo is now in more than 200 stores across the U.S., including Walmart and Amazon (where a two-bottle set sells for $18). But it hasn't been all smooth sailing.

When COVID-19 hit, Jasper was forced to lay off her niece, Hayley, who'd been her right-hand person in the business. In addition, Jasper admits, "when you do this at [this age], you're tapping into things like your retirement."

Although the financial investment starting Brizo was greater than Jasper expected, the support of her family and a keen focus on long-term goals keeps her going enthusiastically. Jasper says she thrives on four hours of sleep and isn't even a coffee drinker.

"I've never thought of retiring," she says. "It's not something that's in me."

For long-time friends Laura Musall and Mindy Ford, who live near Indianapolis, it's all about pajamas.

Their CoolRevolution line spun out of a personal experience for both of them. In 2018, real estate agent Musall (then 53) woke up one day drenched in sweat after a restless night. "I texted Mindy and a few other friends and said, 'OMG, I just had the worst night sweats,'" she recalls. Ford was then, and still is, director of operations for an advertising agency

The group bantered back and forth on the topic, commiserating with each other over this symptom of menopause until one friend said: "Someone needs to make pajamas for people like us."

Working on the business has taught the women a lot about themselves, too.

Musall recalls: "It was a joke. But then I spent that entire day researching PJs for women with night sweats." A few weeks later, she called Ford and asked if she'd be up for actually exploring the idea together for a business.

Launching a company wasn't in the plans for either woman. "We definitely weren't lacking for things to do, between being empty nesters and still having our day jobs," says Ford, who was then 51.

But as they started talking to women they knew, the duo noticed a real need for sleepwear for women experiencing hot flashes.

Knowing nothing about the fashion industry, the next step was researching fabrics.

"We started touching and feeling everything, going to department stores and looking at tags — things we'd never paid attention to in the past," says Ford.

It was a huge learning curve. Eventually, through testing out many different fabrics themselves, they came upon bamboo. It was the perfect textile for the pajamas they wanted to create: soft, moisture-wicking and temperature-regulating.

One year of hard work after Musall's fateful hot night, she and Ford launched CoolRevolution. Its PJs range from $42 to $65 per piece (shorts/pants and tops sold separately, and the company sells sleep shirts/gowns as well).

Though CoolRevolution sells pajamas designed to keep women of any age cool and dry while sleeping, it's much more than that to the founders.

"To do something and know that we are helping people to sleep better is exhilarating. I can't believe we're doing this," says Musall.

Working on the business has taught the women a lot about themselves, too — especially since they're both still holding down their full-time jobs and managing CoolRevolution as a side hustle.

Musall says she's learned patience. "You can't just get online and find the answer to your question [about business] in thirty seconds," she notes.

Previously cautious Ford has discovered she's capable of taking risks — and even embraces them. "Now that [I know] I can do it, it's almost addicting," she says.

Deeds says that decades of work are a plus and a minus when it comes to starting a business later in life.

"We know a lot, but we are also pretty sure that however we've been doing [something] is the best way to do it," he says. "If you're going to be successful in a new business, you have to be flexible and willing to learn."

That's where finding a balance of relying on experience and seeking help from others who know more than you do comes in.

His advice for aspiring entrepreneurs over 50: Start talking to people to really learn why they buy the products or services they do, and figure out a budget before you launch.