When Life Hands You Lemons, Start an Organic Lemonade Company 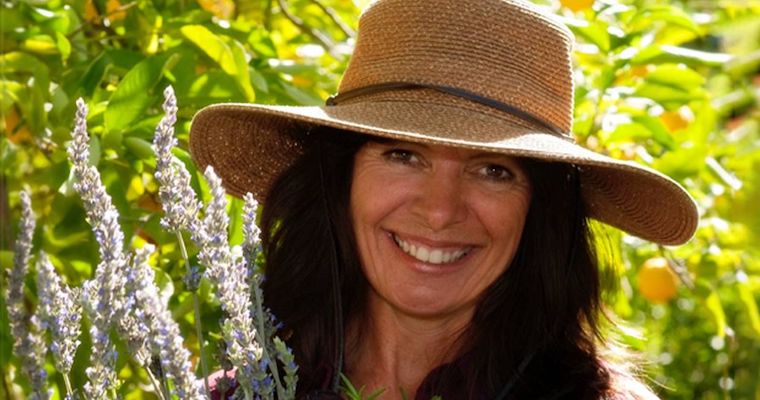 EDITOR'S NOTE: This first-person account of changing careers and starting a business is one in a series of eight stories shared by Next Avenue readers. The full collection is available here.

Just as I turned 50, the school district where I worked ran out of funding for my part-time position. My husband and I had taken out $350,000 in Parent Plus loans at 8% interest to pay room and board at college for our first two kids; they paid their own tuition.

As the last one prepared for college, I realized we were in way over our heads. I had a panicky moment where I said, "You know, I don't think we can pay for this house and for the kids as well."

I told my husband, who owns his own business and has always been the family's real breadwinner, "You know that lemonade I make for the kids? I'm going to bottle that up and sell it from here to New York, and somebody is gonna come along and give me a big check and we'll pay off all the loans." I even had a name: Lori's Original Lemonade.

I don't know what I was thinking, but I'll tell you what: I was certain that it was going to work. I don't know why. There was no reason for me to think that. Somebody at one of the kids' birthday parties had once said, "This is so good. You should go down and sell this to the local market in Ojai," where we lived [in California] at the time. I couldn't even do that, I was so unsure of myself.

So for two years, I did research that went nowhere. Finally, I was at the high school one morning and a young gal at the main office said, "I want to try that lavender lemonade of yours." It was a tipping point. I went into business that day. I made a bunch of samples and brought them back to the school. Everybody loved it.

I was absolutely, 100% convinced that I could help the family get rid of the Parent Plus loans by opening this business. I quickly learned it wasn't going to happen. To reach the volume needed to even put a dent in the amount of debt we had isn't something you do in your kitchen. You have to figure out mass production and distribution; I knew nothing about any of this.

Find People Who Know All About This

I did get some people in my corner. I had mentors from SCORE (a nationwide network of retired business advisers) and the Economic Development Collaborative (a private, nonprofit business management consultancy in Camarillo, California) who had started other businesses like this.

I started slowly, with one local store. They helped me with everything: pricing, labeling, even choosing the shape of a bottle. It is mind-boggling how I got this together with no experience at all. And no capital. I had to borrow $5,000 from the credit union just to get us going.

My first run was about 75 gallons, and I thought that if I sold that I would make enough money to make 75 more. But then really quickly my minimums (the smallest orders at some stores) were like 30,000 bottles, which is about 3,500 gallons.

I didn't know if I even had that many customers yet, but that was the minimum, so I took a leap of faith. I thought it was going to work; I hoped it was going to work — I mean, I had to make it work, you know? But I knew so little about the business that at one point I was reduced to asking Google, "How do you bottle lemonade?"

With some help, I found a co-packer in Northern California, and have worked with them almost from day one. We gather the ingredients (organic lemon juice, cane sugar, and lavender, ginger, strawberry and lemongrass for flavored varieties) and send them to our co-packer, who has been bottling drinks like this for 100 years.

It's up to me to get those bottles on store shelves — in a profitable way. We did it in an unprofitable way at first, grew too fast and it nearly bankrupted us in 2019. We learned that some opportunities aren't worth taking, like if a store demands too many free samples or too much of our margins.

So we scaled way, way back. We cut about 800 of our 1,000 retail locations. Now we're in Whole Foods as well as cafes, breweries and natural food markets in ten Western states.

The funny thing is, I started Lori's Original Lemonade to pay off those college loans, and we did pay off the loans — but not a penny came from LOL. We put all of its profits back into the business. We paid off the loans by scaling down our life, selling our house and living on our boat.

This article is part of America's Entrepreneurs, a Next Avenue initiative made possible by the Richard M. Schulze Family Foundation and EIX.