A Dash of Psychopathy May Help Women Entrepreneurs

by Lou Marino and Reg Tucker 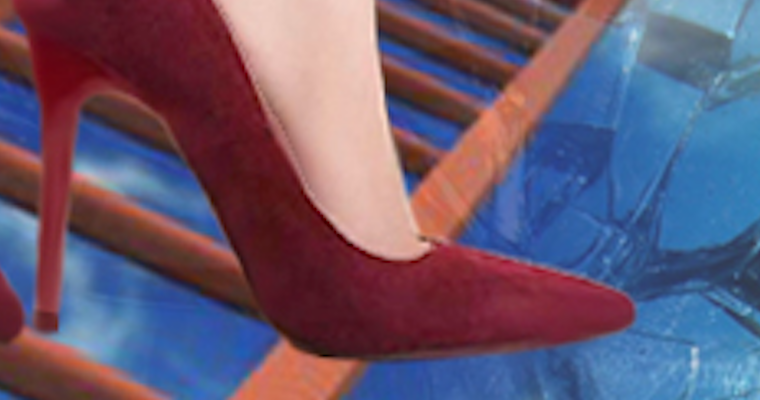 The term “psychopath” conjures up dark images of serial murderers, straitjackets, stalkers and that maniac in the corner office. It is part of the Dark Triad (narcissism, Machiavellianism and psychopathy) and always viewed as negative and harmful -- but are there actually conditions, professions and environments in which non-clinical levels are actually beneficial? Can a modest amount of psychopathy allow you to get things done or overcome biases and obstacles? Entrepreneurship is perhaps one such profession.

Behavioral scientists have pointed out that a small degree of psychopathy’s attributes – callousness, impulsivity, lack of empathy and superficial charm – exists in many of us. Our recent study indicates that a dash of these attributes can actually be healthy for women who want to start businesses.

Why this effect on women? We believe that it's because stubborn social expectations continue to reward women who are “communal” (nurturing and focused on others), and reward men who are “agentic,” or capable of making things happen. This creates an environment in which a modicum of the attributes of psychopathy might help women overcome the typecasting, disregard these norms and do what is necessary.

Our findings show the drawbacks of letting societal rules influence what you want to do with your life. It also shows that entrepreneurial activity doesn’t have to be associated with one gender or another, and people shouldn’t assume that men are the natural choice for starting a business.

Psychopathy is usually seen as a negative term, and those who are associated with the term are perceived as dysfunctional. However, psychopathy is similar to any other trait such as empathy, and each of us is likely to fall somewhere on the psychopathy scale. Those with extremely high levels are usually dysfunctional and will be found in institutionalized populations, such as prisons or hospitals. However, many people with lower levels move freely among us. Behavioral scientists say that from five to 15 percent of the non-institutionalized population have some “subcognitive” psychopathic traits, such as limited empathy or wanting to get ahead rather than get along.

Our study drew on role congruity theory (Eagly & Karau, 2002) to investigate whether some attributes associated with psychopathy moderate the relationship between gender and entrepreneurial intentions. Role congruity pertains to the congruity between gender and other roles, including entrepreneurship (Eagly & Karau, 2002). Characteristics typical of entrepreneurs are usually defined in agentic terms, which are ascribed more strongly to men. In addition, men, more than women, are concentrated in roles that emphasize power, competition or authority (Eagly, 1987). At the same time, women traditionally have easily entered communal roles that are considered suitable to feminine stereotypes -- such as nursing and other professions that involve caring or giving support -- or that put emphasis on human interactions (Eagly, 1987). Hence, the characteristics associated with entrepreneurship roles have traditionally been associated more with men than with women. As a consequence, it is commonly viewed that entrepreneurship is more congruent with the masculine gender role than with the feminine gender role (Eagly & Karau, 2002).

A touch of psychopathy is not always a bad thing. Such tendencies can actually help both male and female entrepreneurs and others do tough but necessary work that would horrify most of us. An example is Navy SEAL Chris Kyle, depicted in the film “American Sniper,” who was cool-headed enough to target even women and children who jeopardized American lives in Iraq. He was able to do things that other people would struggle to do. That takes a certain level of coldness. In business, someone like that might have to go into a tumultuous situation and lay off people to save even more jobs. Many of us are too softhearted to be able to do that, but there are others such as "Chainsaw Al" Dunlap who have little trouble with such activities.

Psychopathic attributes can also make entrepreneurs more determined, for better or worse. A lot of entrepreneurs persist even when others say they should stop. They relentlessly and ruthlessly stay with their ideas. Of course, the downside is that they can miss clues that it’s a bad idea. But research shows that sometimes being bold and persistent can help more than it hurts.

We collected data from 209 students from a U.S. business school and had a usable response rate of 160 respondents. The average age of the sample is 21 years with 1 year of work experience. Females represented 44% of the sample (70/ 160). Using measures of psychopathy (Levenson, Kiehl, & Fitzpatrick, 1995) and entrepreneurial intentions (Thompson, 2009), while controlling for a range of individual level attributes including age, race, work experience, general self-efficacy (Chen, Gully, & Eden, 2001), entrepreneurial self-efficacy (McGee, Peterson, Mueller, & Sequeira, 2009), and the extent to which the individual reported they exhibited traits consistent with ADHD (Kessler, Adler, Ames, Demler, Faraone, et al., 2005).

The students took a standard psychological test that gauges psychopathic attributes in non-institutionalized people. It asked whether they agreed or disagreed with a total of 19 statements, such as “people who are stupid enough to get ripped off usually deserve it,” and “before I do anything, I carefully consider the possible consequences.” The students another set of questions that measured their likelihood of starting a business. We analyzed the data using hierarchical linear regression analyses in SPSS 23 with the dependent variable of entrepreneurial intentions.

Psychopathy serves as a boundary condition for gender role congruity in the entrepreneurial setting. Both men and women seem to have variance in their EI in ways contrary to their gender roles as psychopathy increases. EI increased substantially for women as psychopathy increased, and it decreased slightly for men. This shows that psycopathy allows both men and women to eschew traditional gender roles and this, in reality, is why the study is interesting.

Our study has interesting implications for entrepreneurship. First, some subclinical psychopathic attributes appear to have a positive impact on women’s ability to reject traditional gender roles and to pursue entrepreneurial endeavors. While most of the current literature portrays traits such as those in the dark triad as dysfunctional, our research suggests that there are some boundary conditions in which they can have a positive impact. While entrepreneurship is generally viewed by society as a masculine profession, our findings suggest that women with characteristics congruent with entrepreneurial characteristics are also attracted to entrepreneurship.

While women are just as capable as men, if not more, at successfully starting new ventures, this study suggests that societal prescriptions likely play a large role in who develops entrepreneurial intentions. The implications of this finding is that as a society we may need to work on eliminating gender biases in our images and definitions of entrepreneurs, but until that happens it has implications for how we train women entrepreneurs.

Of course, it’s unclear whether psychopathic attributes help make entrepreneurs’ ventures more successful. That’s a topic for another study, which we already have underway in a non-student population.