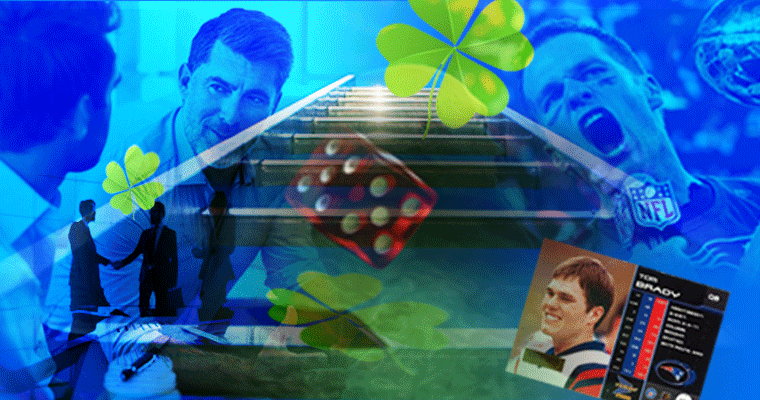 In 2000, the New England Patriots football team chose University of Michigan quarterback Tom Brady in the sixth round of the draft. He became the starting quarterback barely two years later, and on February 5, 2017, the Patriots with Brady under center had won the Super Bowl a record-breaking five times. While Brady was an unproven late pick in 2000, today nearly any coach would view him as a legend.

Like the football execs, owners and coaches who try to identify future Super Bowl standouts, venture capitalists often take a chance on businesses led by unproven entrepreneurs: either novices or those who’ve failed before. It takes a special skill to spot the diamonds in the rough that might pay off handsomely later. In a 2006 National Bureau of Economic Research paper, Harvard Professor Paul Gompers and fellow researchers Anna Kovner, Josh Lerner and David Scharfstein discovered that unproven entrepreneurs may benefit if they are able to convince more experienced VCs to fund and coach them to success. They also found that entrepreneurs who’ve already proven their skill through one or more successful ventures will do equally well no matter who backs them financially.

An important inference from this work is that it appears that skill—not only luck—is an important factor in determining the success of new ventures. The findings suggest that either entrepreneurs or the VCs must know what they are doing.

The research looked at nearly 10,000 entrepreneur-led companies, most of them in three categories: internet and computers, communications and electronics, and biotech and healthcare. Most of their leaders were first-time entrepreneurs. The research team examined them over a 20-year period, from 1980 to 2000, to determine the rates of success, defined as going public or filing to go public before December 2003. They also looked at 40 VCs that backed these ventures and ranked them by their experience (defined as the total number of entrepreneur-led firms in their portfolios.)

Here are some key findings:

It is also important to note that this research does not examine experience in detail. For example, a case where a successful entrepreneur’s second venture is in the same industry as their first is treated the same in this study, as a successful entrepreneur who is starting a second venture in a completely different industry from their first. These two different types of experience might influence future venture success differently and warrant additional research.

However, the findings are consistent with the idea that more experienced VCs may pay more attention to their portfolio firms and are effective in adding value: for example, recruiting new executives for the venture or introducing it to new markets. Already successful entrepreneurs don’t need this hand-holding. Drawing on the football analogy again, skilled coaching may have helped develop the novice Tom Brady but coaching may have little impact on his performance today as he’s clearly a proficient player. Nonetheless, additional research is necessary to determine if the findings are driven by superior investment decisions on the part of more experienced VCs, or if the findings are driven by superior mentoring by more experienced VCs.

Gomper et al’s paper provides evidence that outcomes in entrepreneurship are driven by more than simply luck. Instead, ventures that harness input from individuals with relevant expertise—either founders or investors—tend to do better than ventures that do not have experienced individuals involved. The findings of this research are also consistent with other work that shows that entrepreneurs have different paths to funding and success Hallen (2008).

Further, the Gompers et. al. article makes the point that expertise is derived from experience, and raises the question: under what circumstances, if any, can education be effective in replacing knowledge acquired from experience? For example, many Universities offer targeted experiential entrepreneurship programs that aspire to make novice entrepreneurs more effective. Further, in recent years the private sector has dramatically expanded education programs for entrepreneurs, such as business accelerators and institutes. EIX is interested in publishing additional research on these issues.

Lastly, during capital market cycles, relatively new venture capital firms have risen to prominence to supplant leaders in the previous cycles, with successful exits and acclaim from entrepreneurs who work with them. This work suggests that these VCs may either have come up with a new model that is enabling their success, or alternatively they are funding experienced entrepreneurs and in turn are learning from them.

In the NFL, where the average franchise is worth more than $2 billion to it owners, drafting college players is critical for growing value. Owners, coaches and their analytical teams sift a lot of quantitative and qualitative data on their draft candidates—performance on various drills, medical data, strength of schedule of his college team, what kind of offense they ran, leadership, arm strength to throw certain key routes, and the ability to see the field. There’s usually a consensus about the top candidates, and big surprises are somewhat rare in this “data driven process.”

Tom Brady was a winner at the University of Michigan, a big program where, he was an accurate passer with good stats improving each year. However, his 40-yard dash time was unimpressive, his arm was judged not to be a “pro arm,” and he platooned during college, calling his leadership into question. All the stats, analysts, and commentators had Tom Brady as a backup quarterback at best, and the Patriots drafted him in the sixth round.

Coach Bill Belichick himself came into his job in 2000 with an emerging record of success and with the Pats in a mess from the 1999 season. However, like VCs beginning a new cycle, he and his staff had a well-developed model for his offense, with very specific requirements for every position., For Tom Brady the system required seeing the field, getting the ball out quickly, accuracy and leadership. A job of the offensive line was to protect him in the pocket for as long as he needed. Therefore, Brady’s time in the 40-yard dash was irrelevant to Belichick. In the VC analogy, Brady was the CEO the Patriots wanted. As the consummate professional, Brady was always looking to improve or reinvent himself, so he invited Belichick’s coaching to help his already performance-driven nature. A VC with capital market presence and a good model for how to work with an entrepreneur, when paired with a leader who can build and motivate the firm, is likely to be the winner in the IPO market and on the field, in my experience.

Hallen, Benjamin L. 2008. “The Causes and Consequences of the Initial Network Positions of New Organizations: From Whom Do Entrepreneurs Receive Investments?” Administrative Science Quarterly 53 (4). SAGE Publications: 685–718.

Hsu, David, “What do Entrepreneurs Pay for Venture Capital Affiliation?” The Journal of Finance, August 2004.