Your Voice Can Influence Your Crowdfunding Success 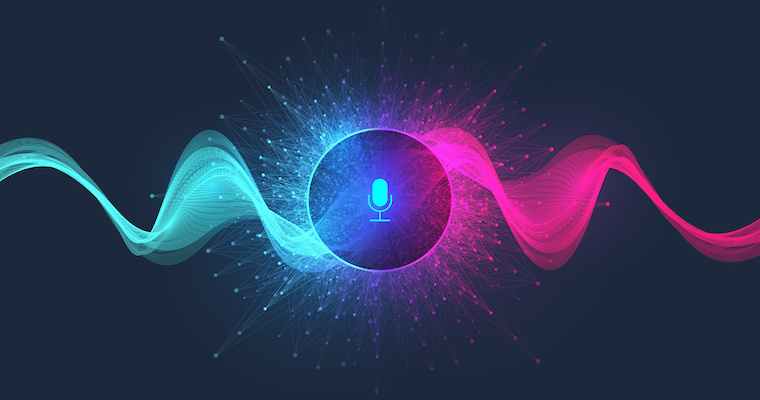 EDITOR'S NOTE: This article was produced in partnership with the Journal of Business Venturing, a leading journal in the field of entrepreneurship, as part of EIX’s mission to bring research-proven insights and practical advice to our readers.

New ventures needing investment often turn to crowdfunding platforms such as Kickstarter, StartEngine, and Indiegogo to reach funders and generate exposure to angel investors, venture capitalists, and accelerators. Many entrepreneurs using these platforms include pitch videos that they narrate themselves, oftentimes from outside of the camera frame. Instead, the visual focus of these videos often relates to various elements of the product being pitched. Because of this, the entrepreneur’s voice is often the only consistent form of communication throughout a pitch video. According to our research recently published in the Journal of Business Venturing, the characteristics of an entrepreneur’s voice in these pitch videos can influence prospective investors’ perceptions of passion and preparedness, and ultimately whether they open their wallets.

People react to several aspects of crowdfunding pitch content: the logic of the research and reasoning behind it, the urgency of the problem it addresses, and facts indicating the product or service has a strong market and will be successful. But beyond pitch content, how a pitch is delivered may also have an effect, albeit subconsciously. When we hear someone speak, our brain’s subconscious perception of whether the speaker is passionate or prepared is influenced by two dimensions of expression, which scholars who study emotions call “valence” and “arousal.”

Valence refers to whether the message sounds positive or negative, whereas arousal refers to the degree of intensity, energy, or urgency perceived in the message. The influence of valence and arousal begins at the subconscious level where each dimension is processed by the cortex. For example, valence and arousal are at play when we hear a stray dog barking ferociously or an injured dog whimper. The negative valence and high arousal (or energy) in the stray dog’s voice signal danger and inspire fear, while the equally negative (valence) but calm (low arousal) of the injured dog’s cry inspires us to help.

Many researchers have studied nonverbal factors, such as the voice, that influence persuasion, particularly in areas such as sales and politics. Here, they have looked at factors such as gestures, facial expressions, and how a voice’s valence and arousal shape an audience’s perceptions. In entrepreneurship, prior research has found that entrepreneurs who deliver highly animated, expressive funding pitches are more likely to be perceived as passionate. However, most such work has looked at perceived passion as being driven by a general combination of expressions, including facial expressions and body language, often not highlighting the role of the voice. Similarly, prior work has also ignored the voice when it comes to preparedness, instead focusing on how pitch content—such as the quality of one’s arguments or supporting facts—leads entrepreneurs to be perceived as better prepared. In our study, we instead sought to understand how vocal expressions influence the degree to which potential investors perceive entrepreneurs as passionate and prepared.

To test the effect of vocal expressions on perceptions of passion and preparedness, we conducted an online experiment with 311 potential crowdfunders, having them watch and respond to a pitch video. Beginning with a real crowdfunding pitch video for a service that offered travel information through mobile phones, we created four versions, each delivered with different vocal expressions. Using computer-aided text analysis software, we edited the pitch video to remove specific words that typically produce strong reactions, thus making the words as neutral as possible. We also deleted video segments in which the entrepreneur’s face was visible to rule-out the influence of facial expressions and to avoid potential lip-sync issues. We then turned over the script to a trained voice actor, who recorded four voiceover versions of the pitch video based on each combination of positive or negative vocal expressions with high or low arousal.

We randomly assigned each participant to watch one of the four versions of the pitch video, then asked them to evaluate their perceptions of the entrepreneur’s passion and preparedness, as well as their funding intentions, each measured on a 5-point scale. For example, they were asked questions such as, “The entrepreneur appears to be passionate about the project idea” (passion), “The presentation was coherent and logical” (preparedness), and “I would back this project” (funding intentions).

In a second study, we analyzed the audio from other actual crowdfunding pitches using vocal analysis algorithms that gauged the valence (level of positive or negative tone) and arousal (intensity) in the voiceover, and then looked at how the venture actually fared in attracting funding.

Whereas past research has emphasized that passion is a positive feeling, our results showed that entrepreneurs whose voices were more energetic (high arousal) were perceived to be more passionate regardless of whether they had a positive or negative vocal tone. Perceptions of preparedness, on the other hand, were found to depend upon both energy (arousal) and positivity/negativity (valence). A positive, calm (low arousal) voice led to higher perceptions of preparedness. The same was also found for negative, energetic (high arousal) voices.

Entrepreneurs who used a negative, energetic voice fared the best, increasing perceptions of both passion and preparedness. We followed-up our experiment by analyzing vocal patterns on crowdfunding videos of actual campaigns with known outcomes. This further confirmed our results: using a negative, energetic voice increased perceptions of both passion and preparedness, increasing crowdfunding performance.

People who are seeking crowdfunding through a video or audio pitch should pay attention to how they talk: not just what they say in a pitch, but how they say it.