Birds of a Feather Struggle Together: Racially Homogenous Teams Have Drawbacks 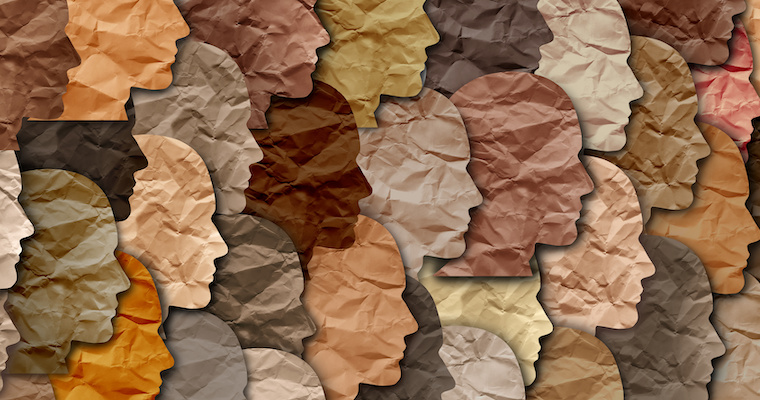 EDITOR'S NOTE: The Babson College Entrepreneurship Research Conference (BCERC) taps leading-edge research conducted by an elite group of doctoral students from top universities around the world. A total of 25 students have participated in the 2022 BCERC Doctoral Consortium, and have written essays that share practical insights from their research. With Babson's permission we are sharing some of these essays, including this one.

Imagine finally achieving your goal of forming a new business but failing because you did not select the right team members. This is what is happening to a group of entrepreneurs who contribute more than 5% to U.S. GDP yearly. In the last decade, minority entrepreneurs have created over one million new businesses in the United States. Historically, underrepresented racial groups form more new ventures compared to majority groups not only in the United States but also in Europe. In fact, they are often recognized for their propensity to create new companies and contribute to the economy.

Interestingly, however, minority-owned new ventures are also more likely to fail. To explain this phenomenon, it is important to consider how the makeup of an entrepreneurial team impacts the emergence of a startup and its eventual performance.

More than 85% of new ventures operate with two or more founders, or with startup teams. Traditionally, teams -- groups of two or more collaborators responsible for achieving common goals -- are assumed to lead to effective outcomes. This has been shown in various organizational settings; however, novel research demonstrates that this effectiveness is contingent on the team context and how it develops throughout time. Unlike teams at established firms, entrepreneurial teams are different because the team members often decide with whom to collaborate.

Entrepreneurs often follow one of three new team formation strategies: interpersonal attraction, resource seeking, or a combination of both. First, the interpersonal attraction strategy indicates that entrepreneurs tend to duplicate their own qualities by hiring others like them. This protects the entrepreneur’s original goals and interpersonal fit. Alternatively, startup teams can be formed via a resource-seeking strategy: attracting others with complementary human capital. Due to their resource constraints as new ventures, founders attempt to identify and fill the perceived needs of the team via this approach. Lastly, entrepreneurial teams can also be formed via the combination of resource-seeking and the interpersonal attraction approach: hiring some with similar values and thinking and others with complementary knowledge. In practice, this dual strategy has been shown to lead to proper team functioning over time. Entrepreneurs in crowdfunding settings and entrepreneurial competitions have been shown to raise more funds and be more profitable when using the dual strategy.

When we look deeply into how underrepresented minority entrepreneurs form their teams, the strategy that they select may hurt their eventual growth. Minority entrepreneurs often form their startups via interpersonal attraction, screening similar others to be part of the new team. Having a racially similar team implies shared experiences, information, and values. This works well in the early stages of the venture, since demographic similarity helps promote member trust, planning, and structuring behaviors. It leads team members to feel safe, be willing to share information, and develop the norms and practices needed to collaborate effectively.

Thus, this can explain why minority entrepreneurs create many new businesses, as the interpersonal strategy they choose enables new ventures to be successfully formed. Once teams are formed, cognitive strategies, forged by constant interaction among individual members over time, help things get done. These cognitive strategies are particularly essential to an entrepreneurial team's performance due to the uncertain, dynamic, and resource-constrained nature of the entrepreneurial environment. Underrepresented minorities form teams via interpersonal attraction, so their shared knowledge eases coordination among team members at first. However, as the startup team grows, too much like-minded thinking can prevent them from growing their knowledge bases and expertise.

Given the resource-constrained nature of new venture teams, successful startups are characterized by having founders who are each independently responsible for a set of activities. Because racially homogenous teams are formed via interpersonal attraction, they could develop shared mental models that prohibit the specializations of human capital activities. This may hurt the growth of the new venture team, since success requires specialization, which relies on knowledge use and learning development. By missing the diverse skills that are needed to operate in the entrepreneurial environment, characterized by dynamism and uncertainty, the ventures might struggle to develop and grow.

A founders’ race not only influences the kinds of people chosen for the startup team, but also can predict the team's learning processes and eventual performance. The close ties of racially homogenous teams and their overlapping mental models may produce harmony in a firm's early stage, but over time it can increase the costs of attending to other tasks and detract from the innovativeness and autonomy needed for entrepreneurial success. In closing, given the staggering and growing economic importance of minority entrepreneurs in the United States, more of them should consider forming teams of both like-minded individuals and divergent thinkers.

To learn more about how Babson is supporting the future of entrepreneurship research, see this article:

How Babson is Improving the Relevance and Reach of Scholarly Research