Classical Music and Blockchain Taught Me to Think Like an Artist

by Christos A. Makridis 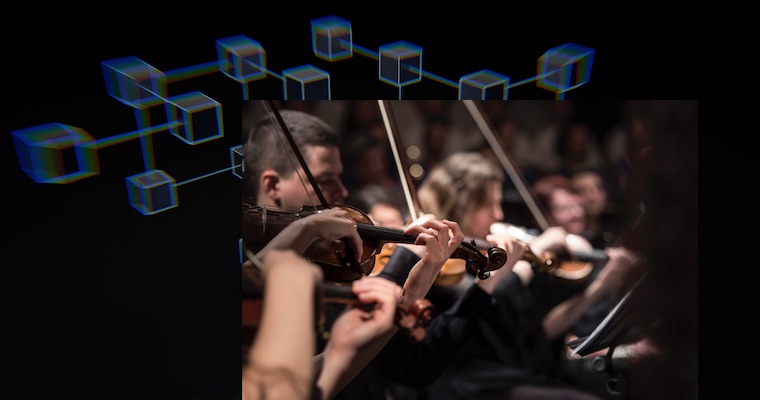 Most people would never think of putting classical music and blockchain in the same sentence. With my training in engineering and economics, I wouldn’t have either -- if it were not for my getting to know and partner with two of the world’s leading opera singers, Soula Parassidis and Norman Reinhardt.

Through this partnership and the business we built together, I learned (and am learning) much about classical music and the performing arts – knowledge that has enhanced my ability to think entrepreneurially. I saw and experienced the potential to create transformative experiences, leading us to launch and brand Living Opera as a web3 multimedia startup where blockchain technology was not just a feature, but a driving force behind our multimedia. By marrying blockchain and classical music, we unleashed a wave of value-creating opportunities for artists.

This article passes along the fresh perspectives I gained from working with passionate artists and building our business. These perspectives can provide a new way for other entrepreneurs to think creatively about opportunities and the audiences who can benefit from them.

While classical music is a world-wide phenomenon, the sector has struggled for at least several decades because of rising costs and institutional rigidity. We’ve seen that artists are earning less and being asked to pay more of their own costs, such as for agents and traveling. The schools and conservatories that train future artists have not helped them prepare for these realities. In fact, as we have presented a white paper that aims to decentralize philanthropy and grantmaking, artists have actually experienced declining real earnings, at least in the U.S., on top of the additional costs they have to incur.

From working with Soula and Norman, we saw an opportunity for distributed ledger technologies to fundamentally improve the economics for artists across the board. These technologies give  artists a way to directly communicate and interact with their fans without the wide array of intermediaries that typically leave artists with little of the total revenue and no intellectual property over their created content.

Our venture, Living Opera, offers non-fungible token (NFT) collections anchored around classical music. For example, our upcoming collection called Magic Mozart is based on Wolfgang Amadeus Mozart’s composition of The Magic Flute, which premiered on September 30th of 1791. We are producing unique digital art where each layer comes from a feature of The Magic Flute, and we are giving each buyer a personalized minuet based on a replica of Musikalisches Würfelspiel – a dice game that is attributed to Mozart.

What Artists Can Teach Entrepreneurs

But my training years ago at Stanford with dual doctorates in economics and engineering, coupled with my publication of over 70 peer-reviewed research papers, did not prepare me to think like an artist and come up with creative ways of telling stories. I really learned this skill by working with Soula and Norman.

1. Business is fundamentally about providing a service to an audience.

Funnily enough, one of the hardest things for artists is that they are not taught to go past the step of creativity into the operations and business development that is needed to build a profitable and sustainable business, whereas entrepreneurs are generally trained the opposite.

However, artists are far better at focusing on people, sometimes so heavily that profit does not enter the equation! Neither extreme is good – but the lesson here is that focusing solely on profit produces a transactional and transient technology that at best is here today and gone tomorrow. Living Opera’s approach is to focus on creativity, then people, and then profit. And that extends even into the way we talk about our customers as our “audience,” rather than our “users.” In fact, at the end of an opera, the audience renders a verdict about the performance by applauding (or not!). Similarly, the audience for a product renders a verdict by buying it (or not.)

Entrepreneurs must actively and intentionally think about their audience and build a product or service that is so simple to understand that even their grandmother may want to buy it. This involves creating a story that is captivating to the audience – a story that sings the praises of its qualities as a solution to the problem it solves!

2. Respect excellence in a domain even in the absence of knowledge about how it operates.

Before getting introduced to the fine arts, I assumed that performers were generally just really talented at their jobs if they decided to pursue a career in it. But it actually requires years and years of practice. The talent is only the ticket to the game, but intentional and deliberate practice is what will drive excellence and allow an artist to truly build a working career out of it. Soula, for example, had been playing an instrument since she was five, and cumulatively Soula and Norm have nearly 30 years in the performing arts around the world.

How is that relevant for entrepreneurs? From knowing Soula and Norm I came to understand that performing at the highest levels in classical music is like performing in the NBA or MLB – it’s an extreme sport that requires deep understanding of the body, skills in memorization and acting, and incredible diligence and an investment of time. When you begin to respect excellence in other domains, even ones that you’ll never fully understand, it gives you a sense of humility and curiosity to learn about others.

Entrepreneurs who lack those essential attributes of humility and curiosity will risk becoming transactional and lose their creativity. And they will be blind to the highest-impact ideas -- those at the intersection of seemingly disparate areas. We need to be open to learning new things every day and not shut ourselves off to learning about people and things outside our core area.

Often we are taught that communication – or producing content in social or formal media – is about having clear, persuasive points and sticking to a content calendar. (And there are an analogous set of best practices for verbal communication.) But an equally important part of communication that is often overlooked is listening.

Mozart is attributed to having said that “the music is not in the notes, but in the silence between” – or the “rests.” That is a profound statement since it implies that the rests are what make a piece of music come alive and give signals to the performer. Learning to pay attention to those rests requires hard work, diligence, and concentration, but it means that artists cultivate an incredible amount of concentration. Imagine if we ran business meetings with more listening?

Entrepreneurs can only become effective communicators when they have learned to listen. Active listening builds humility and serves as the bedrock for genuine understanding.

There is no cookie cutter approach in entrepreneurship and life. If you would have asked me a decade ago about my future portfolio of work, a classical music and blockchain startup would not have even been on the list. But this journey has unlocked a new wave of creativity and interests – and hopefully these reflections are helpful for you too!

Christos A. Makridis is the CTO/COO and co-founder of Living Opera, a web3 multimedia startup that combines classical music and blockchain technologies. He is also a professor, writer, and adviser with doctorates in economics and management science & engineering from Stanford University.