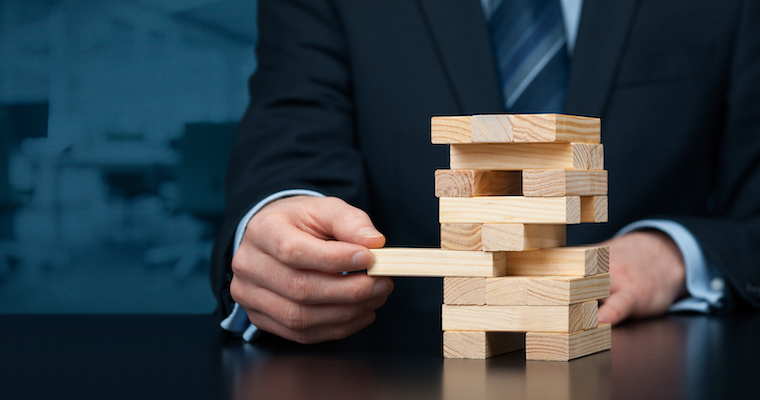 Conventional wisdom suggests that employed people engage in hybrid entrepreneurship because it lets them hedge their risk and test how much money they can make from a venture without giving up a source of steady income. (Folta, Delmar & Wennberg, 2010) However, our research suggests that such a decision is more nuanced. Not surprisingly, we saw that people are generally less likely to become entrepreneurs when they enjoy a high income level, because they would have more to give up if they become an entrepreneur. However, things change when another factor comes into play: the prospective entrepreneur’s perceptions of how well his or her income stacks up against others with similar jobs.

We calculated an individual’s relative income by comparing one’s income against that of a peer group based on industry, occupation, level of education, and age. For instance, a doctor with years of experience making $150,000 per year would be considered as a high absolute income earner, but the doctor may feel that his or her income might be lower in comparison to other doctors with similar skills and experience.

Social comparison is part of human nature, and today’s increasingly transparent workplaces make it easier than ever to know the salary of peers. People constantly compare what they earn against what others earn, and such a comparison shapes their confidence level in choosing which mode of entrepreneurship to pursue. In particular, our research showed that those who know they earn more than their peers generally feel more confident that they can pull the plug on that steady income and pursue entrepreneurship full-time instead of starting a business on the side.

To come to these conclusions, we performed an empirical study of 12,686 individuals from the National Longitudinal Survey of Youth, 1979 Cohort (NLSY79). (Tong, Tzabbar & Park, 2020). This study tracked the individuals from 1979, when their average age was 19, through 2012, when the average age was 50. We looked at their self-reported job information, enabling us to see which of them stayed employed by others, took on a side job, or indicated that they were fulltime self-employed. We also looked at other factors, including their age and marital status, where they lived, industry, primary occupation, and level of education. Our analysis enabled us to estimate whether they earned more or less than their peers.

We noted that about one percent of this sample transitioned from paid work to entrepreneurship, and more than half of those transitions – 60% -- became hybrid entrepreneurs. Our study shows that economic factors, such as one’s absolute income or disposable assets, were just part of the decision to start a new business. Socio-psychological factors, stemming from one’s relative standing compared with peers, also drove the decision to become an entrepreneur and influenced the person either to risk more by becoming a “pure entrepreneur” or hedge their bet by becoming a “hybrid entrepreneur.” This finding is particularly important because people’s assessment of their confidence level and career choices are shaped by their immediate surroundings. People who are at the top of the “income heap” that they pay attention to may feel that they have no more upside potential by staying employed by someone else. These factors influence their decisions to engage in entrepreneurship and which mode of entrepreneurship to pursue.