Old vs. Young Nations: Opportunities and Challenges for Entrepreneurs

by Alfred Marcus and Mazhar Islam 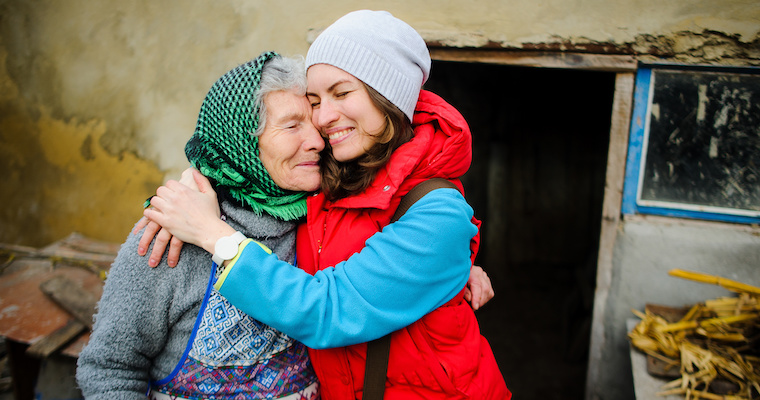 Many entrepreneurs have grown up in a globally integrated, digital world where online commerce and tools make it easy to sell a product or service worldwide. Some startups may even locate an office or manufacturing facility in another country to bring products closer to the market there. Companies like Red Bull, AirBNB, Spotify and even Dunkin Donuts have made the leap successfully and are now international brands.

Should your company do the same? Here’s one factor you shouldn’t overlook when deciding where to expand: the age of the people in your new market.

This article explains how worldwide demographic changes are likely to affect entrepreneurship in the future. Our observations are drawn from our recently published book entitled “Demography and the Global Business Environment.” The book is based on research that we have done, both independently and jointly, in the area of strategic management. In the book, we provide much more detail on the topic below.

The growing divergence between old and young nations

Generational divisions among the world’s nations are undeniable. The median age of humanity is rising, largely because of advances in public health that have resulted in less infant mortality and longer lifespans. Despite that trend, more people than ever are under the age of 30, and many of them dwell in countries like Afghanistan, Iraq and Palestinian territories that have been subject to appalling violence. More than 50 percent of the people in the world live in countries with a high level of young people. In these countries, the strain on the natural environment and resources is significant. Unless economic growth keeps pace with population growth, the per capita income of these countries may fall.

Thus, the result of these trends is that the countries of the world are close to being divided equally. Some have a disproportionate number of old people and some have a disproportionate number of young. The diversity of the world’s population is greater than it has ever been in history. Entrepreneurs seeking to expand to other nations should be aware of the opportunities and the challenges that demographics present.

Many entrepreneurs are looking for opportunities to sell to an increasingly older population. In countries that are aging rapidly, a higher portion of GDP must be spent on pensions and health care, as opposed to investment in education and infrastructure. This means increased opportunities to supply goods and services that elderly people need: medical devices, pharmaceuticals, cures for Alzheimer’s disease, care-giving services and recreational activities geared towards that demographic segment.

Although older people often have less income, their purchasing power based on net worth generally is higher.  However, their spending patterns differ from younger groups. Their spending on health care obviously is very high. Because governments subsidize health care in most countries, spending in this domain has grown even when older people’s income has declined. Aging is responsible for a quarter of the world’s health care spending.

This means entrepreneurs can find plenty of opportunities in countries with aging populations, and these markets may grow rapidly. Entrepreneurs can help an aging population deal with disorders like dementia, stroke, chronic pulmonary obstruction and vision impairment. They can help create needed treatments for cardiovascular diseases, cancers, respiratory issues and other disorders. Countries with aging populations also are ripe for innovation in areas like remote medical communication, mental acuity training, techniques for recovering from acute illness and end-of-life planning.

Another lucrative possibility is new markets for automobile safety features, such as infrared night vision, lane departure warnings, blind spot detectors and automatic parking. Most of the automakers investing in autonomous cars are betting on a large senior citizen market. Joseph Coughlin, Director of the MIT AgeLab, has stated in an interview, “for the first time in history, older people are going to be the lifestyle leaders of a new technology…Younger people may have had smartphones in their hands first, but it’s the 50-plus consumer who will be first with smart cars.”

Finally, aging countries with so many people outside the workforce will need productivity-enhancing innovations, such as industrial robotics. In Japan, where the portion of elderly population is high compared to the working population, high-tech robots are increasingly taking over the roles of human beings.

Although entrepreneurs may perceive plentiful opportunity in aging nations, creating a successful business in these countries will be challenging. These nations likely will not have enough qualified workers to fill critical roles. That means higher labor costs, as many aging nations including the U.S. have experienced in recent years. A survey of technology executives in the UK found that 1 in 4 considered a skill shortage a serious concern for their operations. This challenge is expected to grow now that the UK has left the EU, forcing Britain to rely only on domestic labor.  Consequently, aging nations are less likely to be competitive in the world market. As labor costs increase, the rate of business failure might grow.

Another challenge will be adequately funding pension and healthcare costs. This problem likely will lead to higher deficits and taxes, and lower consumer spending. Growing pension and healthcare costs will put intense pressure on governments, which will lead to less spending on other priorities such as education, infrastructure and economic development. Less spending in these vital areas should signal to entrepreneurs that their enterprises will be at a higher risk of failure.

Entrepreneurs are likely to observe that aging makes it very difficult for countries to avoid imposing a gargantuan burden on the young, while providing a decent standard of living for the old. Governments in countries with elderly populations have few options, and the young often will be shortchanged. Older people are better represented than the young and vote in higher numbers. What should governments do when they face this dilemma? Do they lower benefits to senior citizens and raise retirement ages? Do they relax immigration laws to increase the number of immigrants to compensate for the shortage of working people? Both raising the retirement age and easing immigration is likely to lead to political and social unrest, which will make it more difficult for businesses to operate and raise their fear of failure. For instance, the French government had to scrap the plan to increase the retirement age from 62 to 64 after tens of thousands of anti-government protesters stormed the streets of Paris and other major cities in 2018. Many countries have faced similar challenges; none have found a good solution.

Furthermore, as a large proportion of the population retires, this group is likely to deplete its savings at a rapid rate. Studies show that older people are less likely to save than younger people, and that they consume beyond their means. With less saving at the national level, long-term interest rates may go up. Entrepreneurs will face higher borrowing costs, making some projects less feasible and thus pushing up their risk of bankruptcy.  These conditions won’t likely give businesses confidence that they can invest safely.

Therefore, businesses may turn increasingly to young nations to grow. In young nations opportunity increases simply because the size of the market is growing. As a result, entrepreneurs may see bursts of business activity from many directions they will want to emulate.  Being in such an environment provides entrepreneurs with optimism about investing in young nations.

Another signal of great opportunity is that parents in young nations will spend to improve their children’s prospects. That means new businesses in areas like exam preparation, lessons and coaching will do well. Entrepreneurs can operate at many levels related to education: opening nurseries and play schools, selling textbooks and publishing educational material. They can play a significant role in vocational training and produce educational games and toys for young people. For instance, India, with a large proportion of young people, has a highly competitive education system. Every year millions of high school students compete for a limited number of places in prestigious colleges such as the Indian Institutes of Technology. A huge and lucrative market in college entrance exam preparation caters to these students.  Along with prioritizing education, families in young nations tend to spend heavily on entertainment, clothing and consumer durables. This type of spending unlocks possibilities for entrepreneurs in game development, online shopping and e-commerce. Nigeria, with a very young population, is forecasted to have a fast-growing console games market. According to a market survey, this market was likely to double between 2018 and 2023.

In addition, entrepreneurs should be aware that demand for health services also tends to grow in young societies. Entrepreneurs can innovate in many ways in this domain, for example by providing new models for clinics to obtain basic health care services and procure pharmaceuticals inexpensively.

While these signals of opportunity in young nations may be plentiful, so are the warning signs. In nations with a disproportionate number of young businesses, people are likely to be operating in settings with an inexperienced workforce lacking accumulated business acumen. Many young countries do not have satisfactory education systems. Their people often leave school at an early age and the work they find is menial, temporary, poorly paid and without legal protections. These jobs are not good springboards for contributing to their countries’ economic development, or for contributing to new business enterprises. They do not give young people the confidence and skills that will make them productive employees.

Though the need for education and health care is great, countries with large youth populations are not likely to have allocated sufficient resources to satisfy these needs adequately. A reason the quality of the work force is not generally high is that government investments in education and healthcare are likely to be low. Without these investments, it will hard for entrepreneurs to find the qualified workers they need to achieve rapid progress when they invest in these countries. Without these workers the benefits of investing in a country goes down.

Still another factor is the role of women in these societies. If the population includes many children, women have no choice but to stay out of the workforce and devote themselves mainly to childcare. For instance, Niger, with the highest fertility rate (6.9 children per woman) in the world, has one of the lowest female labor force participation rates. Only 15.1% of women over 15 years of age participated in work force in 2018. In countries with a high number of young people, families – if they stay intact -- generally rely on one income and most of their money goes towards raising their children. Household savings rates, therefore, in these countries may tend to be low. Entrepreneurs are likely to observe a negative relationship between low household savings and a country’s investment, which means that productivity growth will be weak and output will fall behind.

Finally, when young people learn about conditions elsewhere in the world, they may become impatient with the pace of social progress in their own countries. This impatience can sow political unrest, disorder, intractable conflict and persistent violence. Countries with large youth populations experience more upheavals, discord, violence and crime than countries with older populations. These conditions clearly are not conducive to business investment. Entrepreneurs are likely to conclude that despite a growing population and the potential for new markets, nations with a disproportionate number of young are not ripe for business investment.

Understanding demographic change is critical for entrepreneurial decision-making. For entrepreneurs, it provides insights into trends and patterns and anticipating what is to happen. Here are some takeaways: