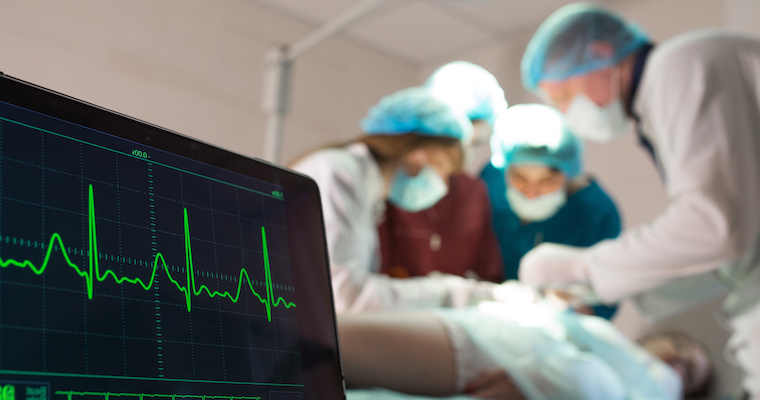 EDITOR'S NOTE: This is the seventh in a series of articles featuring past winners of e-Fest, EIX's undergraduate business plan competition, and their journey since then.

Cardiovascular surgeons need speed, efficiency and steady hands – usually two of them -- when they use guidewires that help catheters navigate their way through blood vessels to a blockage. But a new device, made by e-Fest 2019 third-place winner Vascugenix, now makes this procedure faster and more efficient than ever before.

Vascugenix, co-founded by University of Arkansas student Noah Asher, developed the Speed-Torque, a device that holds the guidewire firmly enough in place to let the surgeon use one hand instead of two while guiding the wire through the blood vessels. This frees up the surgeon to give more attention to the patient rather than focusing solely on guiding the wire.

The company, which aims to develop new products that improve safety and efficiency in interventional cardiovascular procedures, recently announced a partnership with the development and manufacturing contact company Gilero to commercialize the Speed-Torque. The device’s commercial debut was October 1, 2020, when it launched in six of Vascugenix’s partner hospitals. Two days later, a surgeon used the Speed-Torque successfully to treat a a patient having a myocardial infarction -- a heart attack in which timely intervention can mean the difference between life or death.

Normal guidewire procedures often prove frustrating to even the most experienced surgeons.

“It can sometimes be really difficult to get the guidewire where you need to go,” said Asher, who serves as the firm’s CEO. “Particularly when you're dealing with someone who has a lot of blockages due to plaque buildup, or if you're trying to perform an emergency procedure on someone who's had a heart attack or stroke.” He added that the device has saved a significant amount of time on cardiovascular procedures so far.

Asher credited fellow co-founder Dr. Dwight Chrisman as the “brains behind the company.”

Chrisman is a leading interventional cardiologist in Little Rock, Arkansas and the director of the cath lab at Baptist Health Care System, the state’s largest health care system. He noticed the difficulties with regular guidewires and came up with the idea for a new torque device some time around 2016. Chrisman and Asher would partner together two years later.

Prior to launch, the team also sent market-ready Speed-Torques along with surveys for feedback to 20 interventional physicians around the U.S. About 75% or more of these physicians were based outside of Arkansas, with no relationship to the company before then.

Vascugenix wholesales to Medline, one of their largest distributors. Medline determines much of the final cost for the device, which is packaged with an inflation device or angioplasty tools to be resold to hospitals.

Baptist Health Medical Center in Little Rock is their largest investor, and Asher calls them a “fantastic partner.”

Since its inception, Vascugenix has grown to a five-person team and has developed several hundred Speed-Torque prototypes for bench testing, mechanical validation and clinical validation.

The Vascugenix CEO wanted to thank the other members of his team for their dedication to helping the company navigate COVID.

“I'm really proud of the Vascugenix team,” Asher said. “They had to do a lot more with less, and they showed a lot of resilience and grit in making a lot of key pivots during a challenging and unprecedented time.”

Here’s the progress the company has made since e-Fest 2019.