Is a Recession a Good Time to Start a Business? 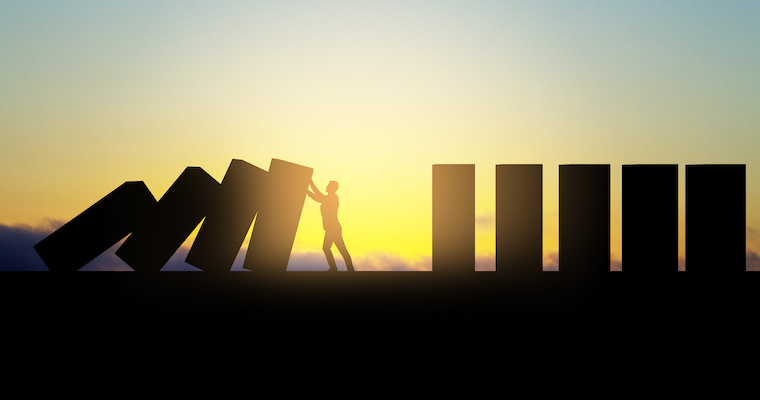 Microsoft, Genentech and Southwest Airlines are all iconic companies that started off with a big disadvantage. All were founded during recessionary times: Microsoft in 1975; Genentech in 1976; and Southwest in 1967. In fact, more than half of the Fortune 500 companies in 2009 were launched during a recession.

Research has shown that few people are brave enough to launch ventures in times like these, and many of those ventures don’t make it. U.S. data from the first nine recessions in the 20th century showed that fewer companies were founded during these recessions, and that those that were founded had a higher likelihood of failure. However, we’ve found that the ventures that survive may end up with strengths that give them advantages over other companies born in easier times.

Our research, published in 2015 – six years after the last major recession in 2007-2009 -- sought to identify the secrets of new companies that had managed to weather recession and thrive later on. Since 72% of economists are now predicting a recession by the middle of 2023, our insights may be useful for new and future entrepreneurs wondering whether this is any time to start a business.

After studying 404 Portuguese companies that were born during the 2008-2009 recession, we saw that those who emerged the strongest concentrated on operational efficiency – in short, making their products as inexpensively as possible and shifting resources.

The Challenges of New Companies

New companies typically suffer from what’s called “the liability of newness,” being too unproven and too small to compete with bigger, more recognized firms. The risks are higher during recessions, especially if the new firms make missteps in how they spend their resources. For example, over-investing in research & development may bankrupt a firm if the research doesn’t generate something they can sell. Over-investing in marketing may backfire if markets suddenly shift. Past researchers have found that new companies founded during a recession focus less on radical innovation and experimentation and more on getting the business model right.

These firms also face some high-stakes decisions on how to invest their resources: whether on plant, equipment or other fixed assets that will help them scale up easily when the demand increases; or on variable costs like advertising, rent and energy that can be quickly adjusted to keep them afloat.  Moreover, being in the right industry at the right time might also play a role in determining whether a new business survives a recession. For example, fast food businesses typically do well in hard times.

Which combination of circumstances and decisions helped companies that were born during a recession to survive it, build resilience and thrive when the bad times ended? Our research sought to find this out.

Our research looked at 404 Portuguese firms founded during the last major recession from 2007-2009, which was considered the worst recession since the Great Depression of 1929 through 1939. Portugal was hard-hit during the 2007-2009 recession. Many of its companies closed, and the country also had experienced drops in labor productivity both before and after the recession.

Since the Portuguese government requires companies to report detailed information about their operations every year, we pulled this information to study the decisions that new ventures made during their early recessionary years. Our sample included manufacturing firms in areas such as food products, apparel, furniture, leather, wood and many other industries.

We studied these companies from 2009 through 2012, using the information they had filed with the government about changes in their production efficiency, fixed costs such as for plant and equipment, and variable costs such as for energy, marketing, sales costs and administrative expenses. To level the playing field we controlled for factors such as the initial size of the firm, the number of employees and other things that might give the firm an advantage. Then we studied their fates: whether they folded or emerged from the recession and kept operating.

While some of the firms survived because they were in the right type of business for tough times, most of the businesses that weathered the recession and thrived afterwards concentrated on improving their operational capabilities. This meant increasing their production efficiency and at the same time, increasing variable costs, which are more practical because they are tied to producing and selling (such as sales and marketing) and are less than large fixed cost investments. We also saw better survival rates among businesses that invested in property, plant and equipment while they improved production efficiency.

Here are the takeaways for people who might be contemplating launching a business in the uncertain times ahead: