Student Innovators Give the Walker a Fresh Spin 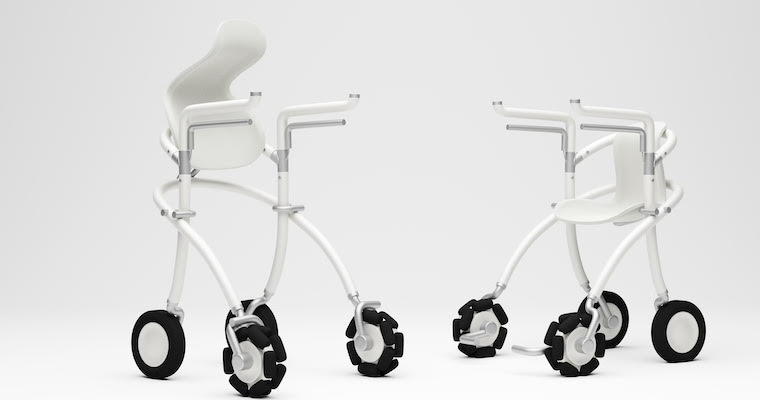 Four University of Minnesota students founded the health-tech solutions company Telo to develop innovative devices for mobility-compromised people, including those with multiple sclerosis, which afflicts approximately 2.8 million people worldwide. Their first device: a rollator walker that breaks with decades of neglectful design, incorporates smart phone technology, and will be displayed next to Fitbits rather than bedpans in stores.

Through this patent-pending design, which won Telo a $15,000 fourth-place prize at e-Fest 2021, co-Founder and Chief Development Officer Steven Bleau and his company aim to shatter a prevalent misconception: that only the elderly need walkers. For Bleau it’s personal -- His father has MS, a disease in which nerve fibers attack the immune system. It gradually weakens the connection between the brain and other parts of the body, slowing movement or, in rare cases, leading to full lower-body paralysis.

“Growing up within the MS community, going to summer camps, volunteering there, and being taught at those events, I saw pretty constantly that when you use a walker for the first time is when you show it to the world,” Bleau said. “It puts you in a pretty vulnerable place. So, not only do we want to improve on the functionality of the device, but also to make it into a lifestyle device, something that's fashionable.”

Telo’s walker features a posture-supportive frame that puts the user at the center of the walker, bracing them from behind rather than encouraging them to slouch, and keeping them from accidentally pushing the walker away. Load cells and wheel encoders measure the speed of the user, the distance they travel, their gait patterns, and other important health metrics.

A corresponding app allows users to monitor this information on their phones and easily share it with physical therapists. The free version of the app allows users to check their readings and daily progress. A premium subscription version, for $5 to $10 a month, lets them share readings with physical therapists so they can create better, more individualized programs.

To develop their walker, Bleau and his team talked with potential users, including younger people with chronic illnesses and physical therapists. “We talked to them and kind of got a good idea of their needs, wants, pains and gains of what they want this device to be,” Bleau said.

Their research also helped them see the potential market for a revolutionized walker. “I think the market is overlooked for the same reason of, ‘Oh, it's just the elderly, they don't need innovation like that,’ Chief Financial Officer Rick Pradhan said. “Obviously, it takes a bit of an investment to get started, and compared to other medical devices, this market is pretty niche. I feel like… it’s kind of overlooked because of the stigma associated with it.”

Telo prioritizes close communication with the mobility-compromised community. The company maintains a constant feedback loop to refine the design and functionalities of the walker. Bleau and Chief Marketing Officer Beth Urbanski also hope to create a real-time feedback system on social media to inform their prototyping.

“Our first week, we put out some posts on Instagram, and some took off right away,” Bleau said. “We didn't necessarily ask for opinions on their devices or what's working or not working, but we were just getting flooded with comments and messages.”

“It was super helpful,” Urbanski added. “We just got feedback that we didn't even ask for.”

The $15,000 e-Fest award has allowed Bleau to commit full-time to prototyping the walker. It also gave the team more control over the project than they would have had with traditional investors who want equity. However, Co-Founder and Head of Strategy and Operations Morgan Kerfeld said Telo may consider traditional investors or crowdfunding to fund production before their market debut. The team will also look for untraditional retail partners.

“We really don't want to be in more standard medical supply stores,” Kerfeld said. “We’d prefer to be in in more innovative spaces, like a Best Buy Health: something that's more technology-driven, where the device would actually be next to something like an Apple Watch or a Fitbit versus sitting next to a bedpan.” CFO Pradhan said the walker will likely cost upwards of $1,000 given Telo’s comparative value to their competitor’s walkers, which often cost anywhere from $700 to $1,500.

While Telo’s mission includes the walker, it also plans to expand beyond it and develop other innovations for the mobility impaired. 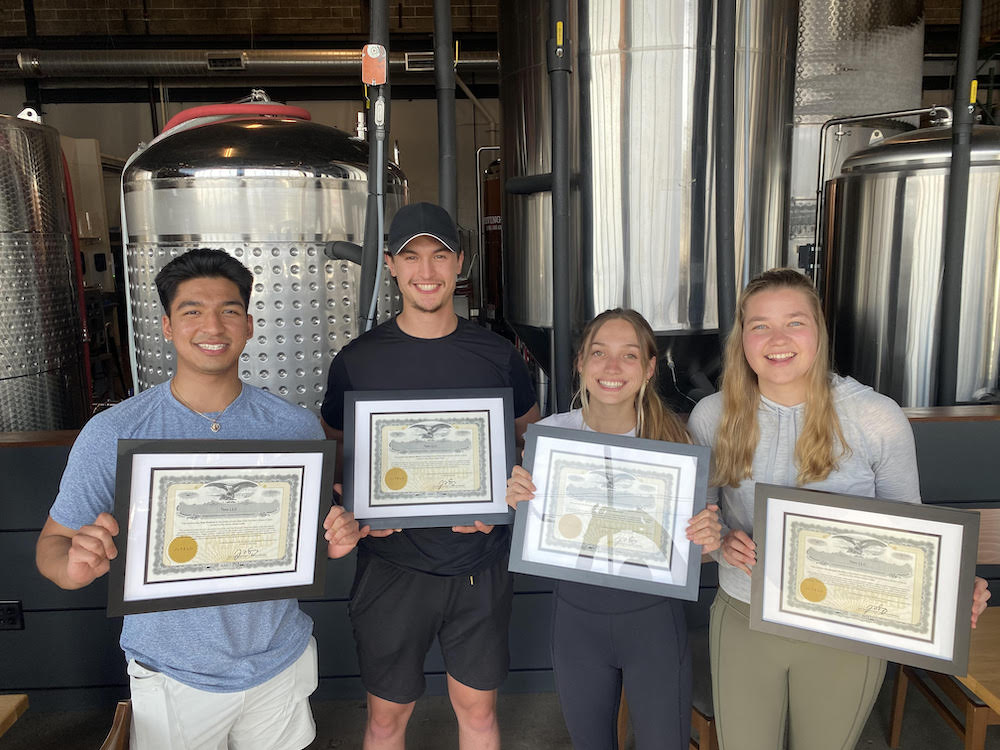