When Does Microfinance Do the Most Good? 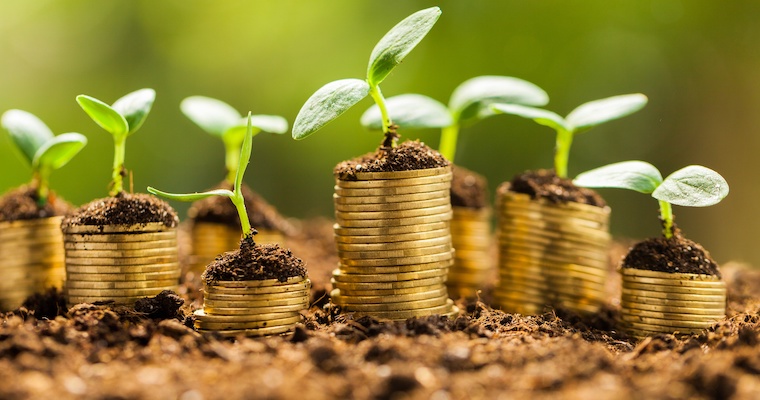 EDITOR'S NOTE: This article was produced in partnership with Strategic Entrepreneurship Journal, a leading academic journal, as part of an effort to highlight some of the cutting edge research being published there.

Since the mid-1970s, microfinance has been seen as a way to lift people in emerging economies out of poverty by providing them access to financial services, particularly microcredit. Micro-loans are often targeted to the poorest people in emerging economies, many of whom earn from $1 to $3 a day.  These people are said to represent the “base of the pyramid” (BOP) within the global income distribution, and micro-loans can help them in several ways.

A small “livelihood” loan might help a borrower start or expand a small business. Such a business could be in traditional rural agricultural sectors, like farming or fishing, or a less-traditional “microenterprise” such as opening a retail shop. Some borrowers also seek micro-loans for “non-livelihood” or consumption purposes, such as adding rooms to a house.

Existing research has told us a great deal about whether or not microfinance works. However, we know relatively little about whether the reason for the loan affects how much it helps the borrower. This is an important question for the development and donor community and for microfinance organizations that want to design loans that offer the greatest benefits.

We recently studied the loan records of a microfinance company in Sri Lanka with more than 40,000 BOP customers to explore these questions, looking at customer portfolios in great detail. In particular, we sought to determine which kinds of microfinancing loans did the most good, as measured by how well it increased the borrower’s household income.[1] Our findings, soon to be published in Strategic Entrepreneurship Journal, indicated that livelihood-focused loans boosted household income only slightly more than non-livelihood loans – not likely a transformational impact. [2] Our notion is that access to credit helps households at the base of the pyramid smooth income shocks, which might otherwise have pushed them into a cycle of poverty.

More counter-intuitively, we saw that loans for traditional livelihoods improved household incomes slightly more than loans for starting new non-traditional businesses, especially when the loans were given to fund new microenterprises rather than to grow existing ones. Essentially, those engaged in entrepreneurial activities in traditional sectors know markets and customer needs, possess complementary skills and have relatively predictable cash flows, all of which enable better outcomes. In contrast, those starting microenterprises such as commercial shops often lack such prior knowledge, skills, and social support.

Taken together, our results support a view that microfinance is best seen not as a “silver bullet” to alleviate poverty but rather as a tool to be deployed wisely and selectively. We conclude that lenders and policymakers should not regard all BOP individuals as “potential entrepreneurs” and assume it’s better to give them loans for starting new and unfamiliar microenterprises rather than loans for traditional businesses. The borrower's skills, interests, and knowledge matter; they may thrive more in traditional livelihoods like farming or animal husbandry because it’s what they know. In short, it's important not to get caught in the hype around microenterprises.

Microfinance has emerged to help disadvantaged people become more prosperous by giving them the tools they need to break the cycle of poverty. The concept gained global recognition, especially with the story of Bangladeshi social entrepreneur, banker, and civic leader Professor Muhammad Yunus, who in the mid-1970s gave $27 in seed money to 42 poor women to begin making and selling bamboo furniture. The women made a small profit and repaid Yunus, who went on to enlist banks and foundations to provide expanded access to microcredit. Yunus founded the Bangladesh-based Grameen Bank to provide credit to the most impoverished people, and in 2006 a Nobel Prize was awarded jointly to Professor Yunus and to Grameen Bank. Today Grameen Bank has grown to 9.38 million members, 97 percent of whom are women. With 2,568 branches, it provides services in 81,678 villages, covering more than 93 percent of Bangladesh’s total villages.

Our study looked at more than 40,000 customers of a significant microfinance institution, Sri Lankan Microfinance (SLM). SLM is set up as a for-profit institution and is primarily funded by impact investors based outside of Sri Lanka. Like most microfinancing institutions, it operates in an environment with fewer formal regulations than traditional lending. Therefore it has put its own processes in place to vet potential borrowers carefully and provide support to help them succeed. “The social agenda is inbuilt in our business,” its CEO says.

By working with SLM, we had access to a large sample of client records created during the credit appraisal process and related household-level income and expenditure data. We looked at data over five years, from May 2009 to August 2014. The study involved coding information from paper-based applications and records, and translating them from two regional languages (Sinhala and Tamil). We also had processes to cross-check the data for accuracy, and personally made multiple field visits to support the data collection efforts of our research team.

A key piece of information in our data was why the borrower sought the loan. SLM verifies this information diligently to ensure that a potential client has a genuine case for getting a loan. For example, if a client claims that the loan is for starting a new microenterprise, a loan officer evaluates her business plan. If the client hopes to expand an existing microenterprise or upgrade housing, the officer visits the client’s premises for verification. In all cases, the officer also monitors progress towards the intended purpose, and the officer’s supervisors and headquarters staff often perform surprise audits. This diligence helps the officers rule out “non-productive” consumption loans—such as those used for buying a television or organizing a wedding -- even though SLM does allow “productive” loans not related directly to livelihoods (primarily for housing). About 61% of the loans given were for three types of livelihood loans: for traditional activities, for starting new microenterprises, or for expanding existing microenterprises. The other 39% were for non-livelihood purposes, almost 90% of which were for house construction and renovations.

Using this carefully collected database of loans, we conducted a set of “matched sample” analyses to compare loans taken for different purposes. This matching technique entails comparing borrowers who were similar in all observable dimensions relative to creditworthiness, except the specific data relating to the credit purpose, which is the focus of our study. This approach minimized the influence of alternative “confounding” variables and other idiosyncrasies that might otherwise lead to incorrect or misleading statistical inferences.[2]

Here are some key findings from our research:

Our findings should be useful for microlending institutions, nonprofit administrators, and others seeking to understand the effectiveness of microfinance. Here are some things to think about:

Overall, it might be beneficial for lenders to focus less on the purpose of the loan. It’s more important to understand the local ecosystem and the borrower’s pre-existing customer base and skills, then pick the product that builds on these and help borrowers in the same peer group connect with one another.

[1] Our findings are mirrored if we measure impact in terms of household consumption instead of income.

[2] Singh, J., Dutt, P. & Adbi, A. "Microfinance and entrepreneurship at the base of the pyramid." Forthcoming in Strategic Entrepreneurship Journal. Published online February 1, 2021.

[3] While randomized controlled experiments are regarded as the gold standard for making causal claims, our research question examining differential impact of loans by purpose is not amenable to randomization. In a previous version, we used other methodologies to account for selection bias and other causal concerns.